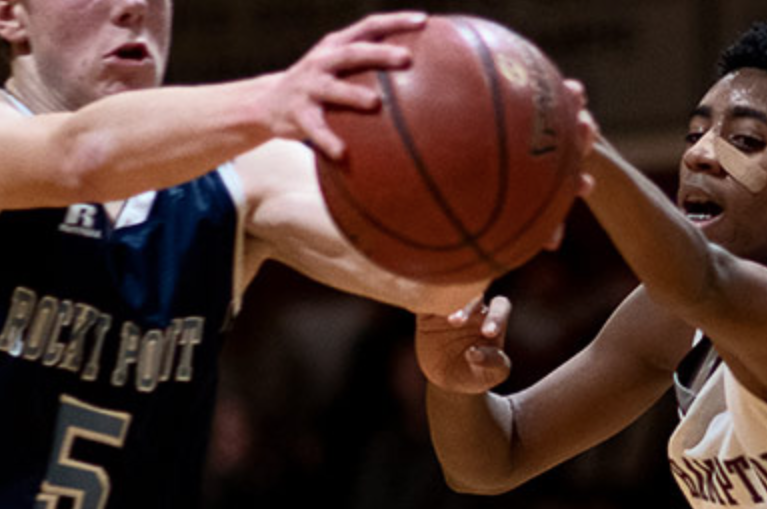 Schedules for East Hampton High's boys and girls basketball teams and for Bridgehampton's boys team appeared on Section XI's website this week, though there was none for wrestling.

Jim Stewart, that sport's veteran coach, who is now Ethan Mitchell's assistant, said Monday that "we'll do it intramurally this year -- we won't be competing against other teams. The main idea is to keep the kids safe. They'll wrestle with masks on, their temperatures will be taken, and they'll be tested regularly. Also, they'll be wrestling in smaller groups. All the details have yet to be worked out."

Bonac's wrestlers numbered "close to 30," Stewart said. The intramural season, he added, is to begin Monday, "because the mats need to be sanitized."

Dan White, who coaches East Hampton's boys team, had a nonleague game scheduled at Southampton for Sunday, but Monday's snowstorm, which cut into the team's practice time, apparently put the kibosh on that.

White said during a telephone conversation Monday that he thought that, because of the Covid-19 pandemic, it would be difficult to make it through the season without a couple of games being canceled. Nevertheless, he said he was "glad we're trying, and the kids are too. They need the socializing and the exercise."

The players would wear masks when playing, changing them from time to time should they get wet, he said.

"If we play to our potential, we'll be good."

White added that "all the coaches here are very pleased with Rich Burns, Joe Vas, and Adam Fine's decision to go ahead with 'high-risk' sports."

Besides Mount Sinai, opponents during the monthlong season are Miller Place, Islip, Bayport-Blue Point, Sayville, and Amityville. The latter, presumably, will provide the stiffest test.

The Bees roster may include one girl, who in a normal year would be playing at Pierson. Ron White, the Bees' coach, said Monday that a decision had yet to be made regarding that matter. The team had no seniors last year; it has three this year, one of them, David Simms, a returnee. White said he had about eight players in all, a couple of them junior high students who "will practice and possibly play."

And the team will be playing in a new gym, the first of regulation size the school has ever had. "It's beautiful," said White, "just what we wanted."

Meanwhile, East Hampton's low-risk winter sports teams saw action this past week. The boys swimming team had three meets in three days, losing all three, though it would have fared better had not some of its key swimmers been out of the lineup, Craig Brierley, the coach, said. The swimmers lost 94-54 at Hauppauge on Jan. 27, lost 75-70 to Northport at home last Thursday, and lost 80-69 to West Islip, also at home, on Friday.

During the course of the week, a dozen of his competitors had set what Brierley called "world records."

Owen McCormac, one of three brothers on the team, won freestyle races versus Hauppauge, Northport, and West Islip. He also was on the winning 200 medley relay in the West Islip meet. Fernando Menjura won the 100 butterfly versus West Islip and Northport and was second in that race at Hauppauge.

All three McCormacs competed in the 100 freestyle at Hauppauge, with Owen, as aforesaid, finishing first, Aidan, third, and Emmet, sixth.

"It was quite a test," Brierley said in an email, adding that "the team is coming together quickly."

The track teams lost to their Westhampton Beach peers Saturday, which, they said, was very cold, "in the teens." Ben Turnbull's boys lost 54-45. "Only one relay, the 4-by-400, was run, but we won it."

As for the girls, who lost by a lopsided margin, Yani Cuesta, their coach, said the 4-by-400 relay team of Ava Engstrom, Emma Hren, Daniela Chavez, and Penelope Greene had won, in 4:56.10; that Greene had placed second and Engstrom third in the 1,500; that Bella Espinoza had won the long jump; that Lyla Wilson had placed second in the triple jump, and that Nicole Velez had been second in the long jump and third in the shot-put. Moreover, Daniela Chavez had been third in the 600. Neither the 3,000 nor the 1,500 racewalk was contested.

East Hampton held its field events last Thursday, given the likelihood that Friday would be even colder. Cuesta listed shin splints, a strained foot, sore quads, and a fall when asked about recent injuries that had reduced her numbers at the moment to eight.

Spring Has Sprung at the L.V.I.S. Shops
An Online Auction for ARF
A Rescheduled Telephone Town Hall With Lee Zeldin
END_OF_DOCUMENT_TOKEN_TO_BE_REPLACED