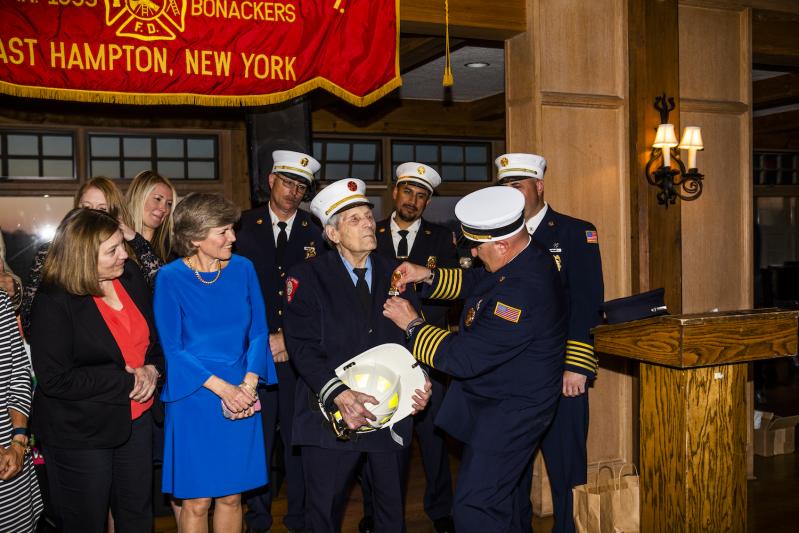 Mr. DeCristofaro is a World War II veteran and a 66-year active member of the East Hampton Fire Department. He is an ex-captain and fire council member, and recipient of the Firefighter of the Year Award in 1976, 1999, and 2009 -- one of the department's highest awards. He will be 97 in July.

"I've been thinking of honoring Joe for about a year now," said outgoing fire chief Gerard Turza. "By all accounts, he was a great company captain, and he would've been a great chief in his time. The way the village law was written at the time precluded him" -- Mr. DeCristofaro lives about 800 feet outside of the village line -- "and by the time it was changed, his window of opportunity had passed," wrote Mr. Turza.

"I decided that conferring the honorary chief designation was fitting, and when I approached a few of the senior ex-chiefs and our fire council about the idea, they were unanimous in support," he said. The designation was announced at the fire department's annual inspection dinner on April 30.

"He is the epitome of humble service to others," wrote Mr. Turza.