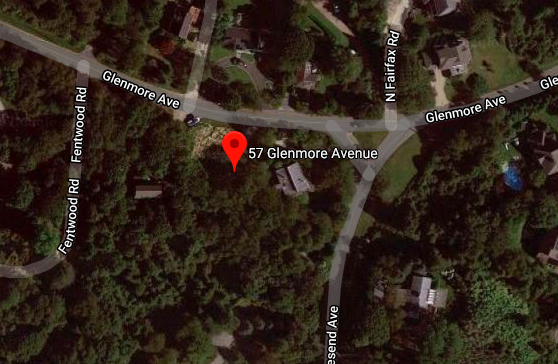 The fatal accident occurred at 57 Glenmore Avenue, where a house is being built.
Google Maps
By Taylor K. Vecsey

Police and emergency medical personnel from the Montauk Fire Department were called to a residential construction site at 57 Glenmore Avenue around 3 p.m.

A Suffolk County medevac helicopter was asked to respond, but a paramedic pronounced the man dead on arrival and police canceled it. The worker reportedly fell onto concrete stairs leading to a basement.

There were other people at the construction site, Town Police Capt. Chris Anderson said, but no eyewitnesses to the fall. "There is nothing to indicate anything other than a tragic accident," he said.

The Police Department is conducting an investigation along with the Suffolk County medical examiner's office and the Occupational Safety and Health Administration, which investigates construction accidents.

No further information was immediately available.