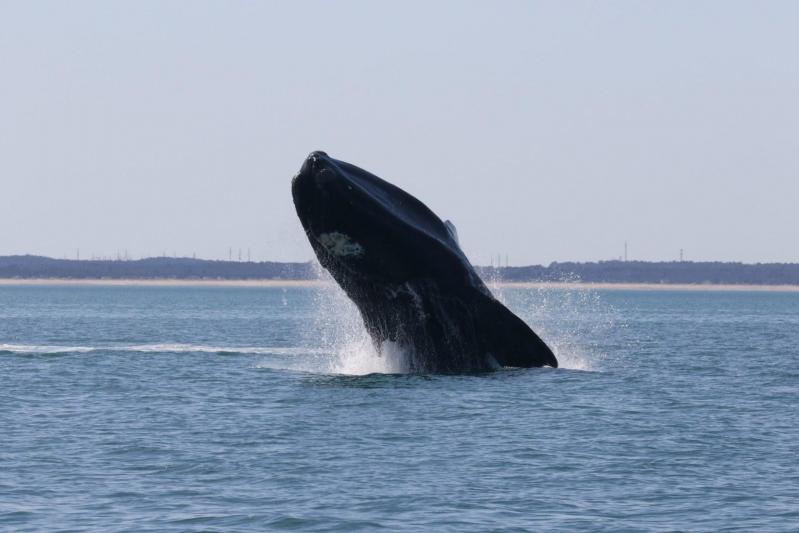 The National Oceanic and Atmospheric Administration's Fisheries division has announced new regulations for the lobster and Jonah crab trap and pot fisheries in the Northeast to help save endangered North Atlantic right whales by reducing their risk of entanglement in fishing gear.

The North Atlantic right whale population is critically endangered and declining, with fewer than 370 thought to remain. Commercial whalers hunted them to the brink of extinction by the early 1890s. The species slowly recovered when whaling was banned, but another decline began in 2010 and accelerated in 2017, when 17 mortalities were documented.

Entanglement in fishing gear and vessel strikes are the leading causes of mortality. Since 2017, 34 right whales have died and 16 have been seriously injured, primarily due to entanglements and vessel strikes. NOAA Fisheries and its partners estimate that over 85 percent of right whales have been entangled in fishing gear at least once in their lifetimes. Fishing gear can cut into a whale's body, cause serious injuries, and result in infections and death.

Increasing ocean noise levels from human activity are also a concern, according to NOAA, as noise may interfere with right whale communication and increase their stress levels.

The new regulations, announced on Aug. 31, are aimed at reducing the number of buoy lines in the water, which link a floating buoy to the pot or trap; weakening the remaining lines so that whales can break free before becoming seriously injured, and improving how fishing gear is marked so NOAA Fisheries and partners can better identify the type of gear associated with entanglements when they do occur, informing future risk reduction measures.

One method for reducing the number of buoy lines when and where right whales are present is to extend the boundaries of one seasonal buoy line closure area, and implement two new areas where vessel operators are prohibited from fishing for lobster or Jonah crab with traps or pots using buoy lines. However, they would be able to fish in these areas using ropeless trap or pot gear. Two existing seasonal restricted areas are also modified to allow fishing without buoy lines.

Fishermen, in partnership with NOAA Fisheries, are testing alternatives to buoys and lines, including pop-up buoys, inflatable lift bags, and buoyant spools.

The regulations result from collaboration between fishermen, scientists, conservationists, and state and federal officials, a NOAA Fisheries spokeswoman said, and NOAA Fisheries will work with state agencies and fishermen to implement the measures.