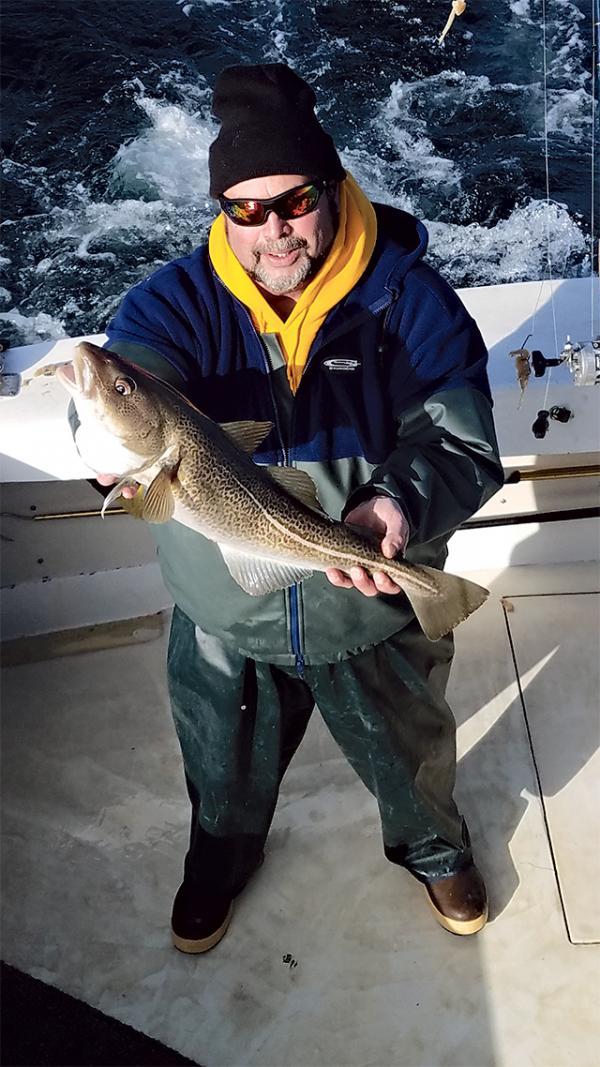 A few weeks ago, the calendar made the formal change noting the official end of the winter season. While a distinct chill remains in the air at times, spring is really here. However, for me personally, it was not a moment too soon. While not brutally cold or snowy, it was a long winter in several ways.

From a fishing perspective, it was as quiet a season as I could ever recall. News of any catches, or even anyone fishing, was basically nonexistent. Other than witnessing the odd trawler or two off in the distance in the cold Atlantic dragging for groundfish, my fishing rods and reels have remained untouched in the basement since early December. They are lonely.

The quietness also marked the first time that I never went out for codfish, which usually are most prevalent during the winter in our local waters. No matter how good or bad the reports were, I was usually good for a trip or two. Even if I returned home with an empty bucket, I at least found a short-term cure for cabin fever by just being on the water, away from land. It was cathartic in so many ways for my soul. But not this winter. It just never happened.

While my enthusiasm for fishing never waned, there was an acute problem that was fundamentally impossible to rectify. With little to no codfish around, there were no boats willing to sail. It was depressing.

Even the vaunted Viking Fleet in Montauk, a third-generation business that was originally founded on fishing for cod, wisely decided early in the new year to suspend their pursuit of the once plentiful fish. To their credit, they knew that unless the cod showed up in any decent numbers, it was not prudent to take easy money when the odds of catching a fish were stacked against any paying fare.

While I may take a more casual approach to fishing and being skunked at the end of the day, many anglers travel a great distance to a port like Montauk, from New York City and beyond. Needless to say, most are a little more than perturbed on the long car ride home knowing that frozen fish sticks, not fresh cod, would be on their dinner plate that night after a day on the water. For such folks, there truly is a big difference between fishing and catching.

As more boats slowly enter the water over the next few weeks, we shall get a better sense if a spring run of the fish develops. The months of April and May used to offer some terrific action south of Montauk and Block Island. But the past is no sure predictor of future results. In cod we trust.

Striped bass season formally opened on Monday. Recreational anglers are now allowed to retain one fish over 28 inches per day. But a steady drop in the population of spawning-age stripers has alarmed fisheries regulators.

As a result, a number of new measures are currently being considered to reduce discard mortality, which is basically the unintended killing of fish that are released back to the water after being landed by hook and line.

“We killed as many fish as we landed last year,” said James Gilmore, marine bureau chief for the Department of Environmental Conservation. Gilmore said that tentative rules for the striper season could be drawn up by the end of April and that shorter-term measures could be instituted as early as August. Any new measures would apply to recreational, not commercial, striped bass fishing. Stay tuned.

“Folks have been catching a few short bass in the back coves and creeks for several weeks now,” said Ken Morse at the Tight Lines shop in Sag Harbor. “But larger fish should be showing up in a few weeks as the waters warm up.”

“Fishing action is just getting started,” said Harvey Bennett of the venerable Tackle Shop in Amagansett. “With the weather warming up, things should be on the uptick shortly. Before you know it, Memorial Day is around the corner.”

Entering his 40th year in business, Bennett is optimistic about the upcoming fishing season. “Every year is different, but I suspect we will have a good year ahead of us. Baitfish, including bunker, spearing, and alewives are in, so the larger predators should be here shortly.”

Once again, Bennett this year will continue his drive to secure baseball equipment, shoes, and clothes for underprivileged children in the Dominican Republic. He will also be on the search for various school supplies. Late last year, the seasoned Bonacker sent several large boxes of goods to the impoverished nation.

“I was down there a few weeks ago, and it was gratifying to see the donations being used to good use,” he said. “And the support I received from so many people here locally last year was truly appreciated. It really went to a good cause.”

On a visit to his establishment on Monday morning, Sebastian Gorgone

of Mrs. Sam’s Bait and Tackle in East Hampton was in a gregarious mood

in anticipation of the upcoming fishing season.

“I’ve had a bunch of people come into the shop asking for a fishing report,” he remarked. “But I’ve told them all that I need a few people to actually fish so I can give them a report.”

Gorgone is fully stocked for the fishing season, including a drum set and several amplifiers set up right in the middle of his shop.

“The band and I are going to practice here tonight,” said a grinning Gorgone, who is an accomplished musician. “Should be a good time, as always.” Gorgone has it right. Fishing and music are a perfect combination.

Over at East End Bait and Tackle in Hampton Bays, the owner, Scott Jeffrey, said a few reports have come filtering in. “There have been a few hold-over striped bass taken on rubber baits,” he remarked. “The bunker are in and we should only see the fishing get stronger shortly.”

As of April 1, anglers can wet a line for winter flounder. The once copious fish are now hard to find. There is a two-fish limit per person and any fish retained must be over 12 inches. The season comes to a close at the end of May.

“I’ve had a number of people try for them, but the results have been poor,” Jeffrey said sadly.

And if you are in the mood for blackfish, you are in luck. The season is currently open, but it comes to a quick close at the end of April. It will not reopen until October. That said, fishing for the tough-fighting, toothy fish usually does not get off the ground until the calendar turns to May.

Like codfish, perhaps we will be surprised this spring.