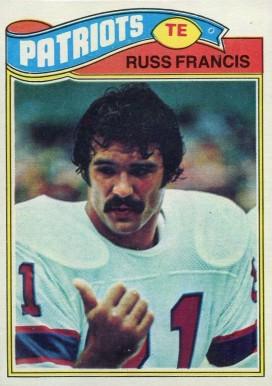 I have to confess my head lolled back on my already care-slumped shoulders on Sunday as I heard Governor Cuomo’s off-the-cuff hint at the resumption of professional baseball this summer — without fans in the stands.

It’s but a minor undertow amid the slowly rolling waves of disaster that is life at the moment, true. But baseball without anyone there to gaze dreamily upon the diamond’s throbbing pastoral green seems a sick joke.

Now football, that’s a different story, the ultimate game for televising, with its geometric grids and planes, its aerial warfare and easily framed mano-a-mano struggles. But to attend? Tailgating over sizzling brats at a giant university in the Great Midwest is one thing. My recollections of N.F.L. games from my youth, however, involve a whole lot of concrete, the ass-unease of bleachers, tiny figures on a distant field, their brief bursts of action invariably missed, and the piss-and-perfume admixture of the men’s room urinal cakes.

Where was that? Foxboro Stadium, for sure. My dad lived in Boston in the 1970s and took me. Could that have been Jim Plunkett under center? His broad face pinched by the old Patriots helmet, the one with the logo of the bruising Minuteman crouched over a pigskin?

Might be too early. More likely it was his successor, swan-necked Steve Grogan, a good QB and a better person — like the Saints’ Archie Manning, he deserved more than he got. Doesn’t matter, the glamour guy of those Patriot teams was the 6-foot-6 tight end, Russ Francis, if you remember him, the first athlete to be dubbed “all-world.”

But if “concrete” conjures old Shea Stadium, I was there too. Joe Namath? Still hobbling around the backfield on wrecked knees? He stuck with the Jets through 1976. Must’ve been.

The point is, unlike baseball and its parklike setting, the comfort that comes from football comes through the boob tube, so well suited to making choreographed violence more than palatable. For all the times I’ve lamented watching as “not time well spent,” in recent years I’ve given up and succumbed to its guilty pleasures, that is to say the escapism, which is precisely what we need right now, as evidenced by the record-breaking number of eyeballs on the N.F.L. draft last week.

Even the controversy-dogged commissioner, Roger Goodell, hosting in isolation with the exquisitely dull paneling of his Bronxville basement as a backdrop, earned a measure of sympathy for the first time in his life.

And I’m not even a fantasy leaguer, which, like gambling, I hear only ups the emotional ante and, what’s more, brings it all back around, speaking of the gauzy memories of youth, as each uniformed player, each with his own powers, if you will, stands in for the action figures and superheroes of childhood.

So, how’d our boys in green and blue do? The Jets and Giants both went the sensible route with their first picks, going for foundational slabs of man-mountain — two tons of fun, that is run, blocking and pass protection at offensive tackle. And why not? Both teams already have the quarterback and tailback skill positions decently, recently filled.

Now all we need is a season.

Baylis Greene is an associate editor at The Star.