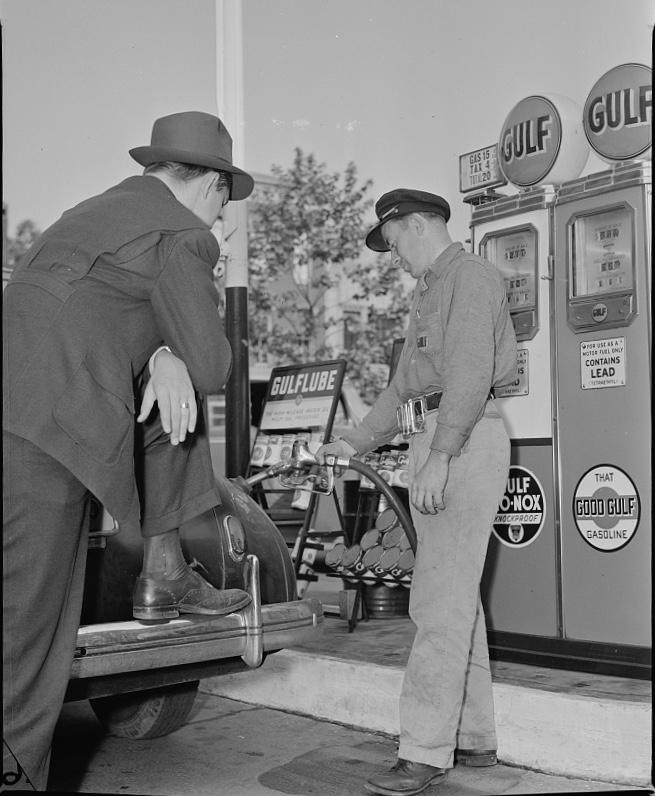 Before I knew what was happening, having stopped and taken a minute to shake off the sun-stun after a long stretch on the bright and shining highway, a gas station attendant swooped in to man the nozzle.

Ah. I was in New Jersey. The only state other than Oregon wise enough to keep our gas pumpers gainfully employed by statute. If only it happened more often.

The dude was friendly, informing me that in spots the Garden State had recently seen self-serve stations pop up. Perhaps, as in Oregon, in those rural areas where a gas station attendant can’t be kept busy; there’s more for them on the farm.

Amenities like a cleaned windshield and checked oil may be dead and buried in this country, but the pump service is still a luxury. You’ve earned it, harried driver. Stretch. Do a couple of deep-knee bends. Mosey on into the convenience mart. Savor the snap of artificial carbonated sweetness as you pull on a wakeful Coke Zero.

Inside, you notice that even a humble Wawa, even in New Jersey, is far superior to what we get here on Long Island. In fact, there are so many points of purchase — hot food, cold drinks, an array of coffee dispensers, and in the corner even a smoke shop, small but stocked to satisfy any reedy trucker or stray European traveler — that, after relieving yourself in the well-maintained john, you’re momentarily at a loss in the decentralization.

Until, beverages and pack of Trident in hand, you spy two self-checkout stations and lurch gratefully toward the convenience, blowing past the cognitive dissonance of the technology-obviated cashier in an establishment that retains old-fashioned pump attendants just on the other side of the exit door.

Land of plenty. Land of hard times. A store named Wawa. A sliver of state-legislated employment in the midst of the creative destruction of capitalism. The lingering question of what an economy exists for if not the people in it.

Through the windshield you see your son, a high school junior, and all of a sudden the world he’s to inherit seems precarious. He’s en route to his cousin’s graduation party and a long steakhouse table of college-bound seniors, future decision-makers, contributors to society.

Somehow, they’re going to have to keep this thing going.