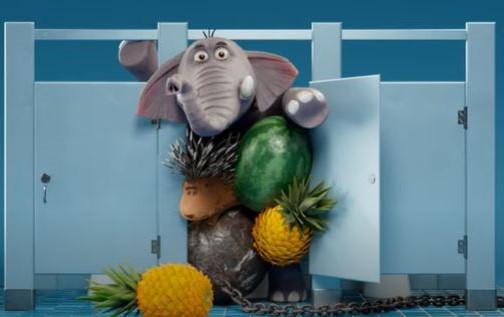 “It’s been ages since I sat in front of the TV . . . just changing channels to find something.”

It’s been 36 years since I saw Max von Sydow as Frederick, an artist with a dim view of nearly everyone and everything, utter that line in Woody Allen’s “Hannah and Her Sisters,” for my money the most memorable American movie of the ’80s.

“You see the whole culture . . . Nazis, deodorant salesmen, wrestlers,” he goes on. “Can you imagine the level of a mind that watches wrestling?”

In a room at an upstate bed-and-breakfast over the weekend, I sat in front of cable television for the first time in what felt like ages and scrolled through more channels than Frederick could have dreamt of in his philosophy — clearly a subtraction by addition.

But on top of “57 channels and nothin’ on,” as Bruce Springsteen once incanted, it’s incredible to think that there were ever fears about the future of advertising based on a little device called TiVo, by which the corporate world briefly thought everyone would simply zap ads, skip them, destroying an entire business model.

Yet they’ve never been worse, more numerous, more intrusive — even mortifying, if you consider the still new-seeming craze for flacking health-related items. A stool softener peddled with a happy little jingle — number two needn’t be painful, apparently. A prescription drug that offers a cure for the phallus that takes too much of a hard right or left turn, a.k.a. Peyronie’s disease, boldly illustrated with a bent carrot. A pill for depression that just may lead to suicidal thoughts.

What’s funny is that out of the alphabet soup of federal agencies that have rolled over for industry and left us with this mess, what we really need right now is an expansion of at least one of them, the F.C.C. — its principles, anyway: fairness, decency, moderation, privacy, reality — into the realms of the internet and social media. Because the Wild West approach is just another failed experiment.

Back to my channel search, the only show I found worth watching was a Bob Costas interview with Billy Crystal, and naturally the former Oscars host was asked about the bizarre Will Smith and Chris Rock episode, responding essentially that it’s sad what’s happened to society.

I think a lot of people would agree. So why do we have to throw up our hands and simply accept it?

A Conference for Young People to Create Solutions
Get Outside, Get Moving
Two Traditions, One Fair in Springs
END_OF_DOCUMENT_TOKEN_TO_BE_REPLACED