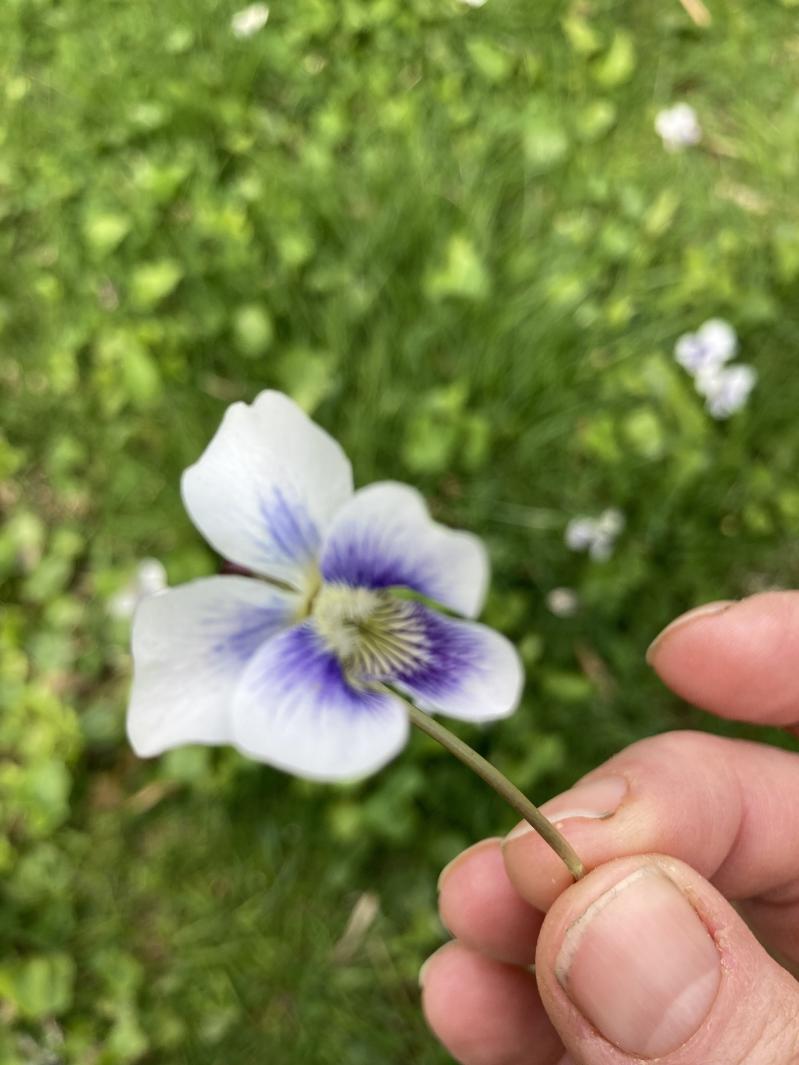 The late Patsy Southgate of Springs — a co-conspirator and constant dinner companion of my Aunt Mary of Amagansett — called forsythia “the vomit of spring,” an expression that totally tickled me. “The vomit of spring”: It made me laugh, perfectly capturing not just the obnoxiousness of forsythia-yellow, that most effusive color, but also the attitude of their 1950s generation of Gitanes-smoking sophisticates. Red wine slid into their mouths, and sly side commentaries, hecklings, and acidic criticisms slid out. They were allergic to sentimentality, like a hay fever. Mary and Patsy and their bosom friend Joe LeSueur were a catty coterie, yes, but humorous. They are all gone now, underground, beneath the tangled spread of the April forsythia and the tuberous taproots of the false buttercup.

I never liked the happy-clappy bright yellow of spring’s early buds, either. Dandelions, forsythia, and the dumb daffodil (a flower about which I’ve already droned on at too great a length in this newspaper column). Forsythia-yellow is annoying to world-weary intellectuals like us because it seems artificially cheerful — the yellow of a marshmallow Peep or a plastic Easter egg. The yellow of Doris Day’s screen persona. Margarine, not butter.

Well, you live long enough and your tastes change. It is possible that my kids still consider me to be monstrously judgmental — what sort of person dislikes microwave popcorn, iPhones, Adele, Star Wars, and J.R.R. Tolkien on principle? — but I’m less intolerant than I was at 16 or 25 and, indeed, in middle age have come to actively enjoy all sorts of random things I would have scorned when I was younger. You have to have a hearty sense of self to wrap your personality around the cognitive dissonance of being both a bluestocking and an unashamed veteran of a five-night voyage aboard the Disney Dream. (Cruise ship vacations? Totally tacky. And yet also 160,000 gross nautical tons of high-sugar, high-fat fun with small children.) I’ve somehow given myself permission to indulge in all sorts of lowbrow entertainments and products that more fragile liberal-arts majors wouldn’t touch with a barge pole. Cake mix in a box. The Grateful Dead. “The Bachelorette.” I’ve even been on an all-inclusive vacation in Mexico! (Quelle horreur.) Meal-kit subscription boxes. Trident peppermint gum. Go ahead, call me a traitor to my class. I am even happy to see the vomit of spring.

Another shiny-bright, bright-yellow — in other words ugly — flower covers the entire acre of our front and back lawn here on Edwards Lane. It is not the buttercup, but a pernicious invasive called lesser celandine, or “fig buttercup,” or (ha, ha!) “pilewort.” According to the Sierra Club, lesser celandine is native to Europe and was brought to the States as an ornamental around the time of the Civil War. It has covered our lawn for 30 or 40 years, at least. It is bad news if it gets into a wooded area, they say, because it can destroy the native understory, but I have a hard time disliking it as a carpet in our non-woodsy yard. So sunny. Such a balm to the spirits.

Lesser celandine, like the sunflower, responds to the movements of the sun. It opens up, spreading its shiny petals to greet the warm rays, and closes up tightly when clouds roll in or dusk comes creeping over (on tender pink-padding feet). You can almost see the motion of the petals as it opens and closes, so swift is the action.

My least-favorite poet, William Wordsworth — whom I have also previously mentioned, and who I consider to have been something of a dunce, as well as an elitist of such titanically snobbish proportions as to qualify as a fool on those grounds alone — wrote a typically corny ditty about this yard flower of mine:

“There is a Flower, the Lesser Celandine,

That shrinks, like many more, from cold and rain;

And, the first moment that the sun may shine,

Bright as the sun himself, ‘tis out again!

You may have noticed this yellow flower, lesser celandine, expanding its territory around East Hampton Village in recent years. Driving down James Lane, past the village green this week, I noticed a suspicious bright-yellow profusion in the serpentine contours of the “rain garden" of native swamp flowers installed a few years back to help naturally filter run-off. Well, perhaps it’s fitting that pilewort would gather around the drains and dreens: “The shape of the root also lent the plant its other common name, ‘pilewort,’ due to its resemblance to hemorrhoids,” I read with interest on the website of an Irish horticultural society, “and because of this, it was used as a traditional herbal remedy for the treatment of piles.”

Ha, ha! Naughty celandine has a bad name for smothering other wildflowers, but perhaps her reputation exaggerates her wickedness. She has not pushed out the native violets that also cover a considerable expanse of our meadowy front yard. Lots and lots of violets are nodding their bonny bonnets out there this afternoon, as I type up this column. Couching down in the grass to snap photos for a flower-identification app called PictureThis, I learn that what we have here is the “common blue violet,” which is frankly purple, as well as the slightly more special-sounding “confederate violet,” in white and striated violet-blue spangled with gold.

Poets have a lot to say about violets, too, of course. Wordsworth also wrote another silly little ditty called “Fair as a Star,” in which he compared a violet to a star in the night sky, which seems to me inapt as well as rather pointless. A violet is not like a star in any regard. But Rimbaud, as I recall, mentioned violets much more originally — dazzlingly, indeed — in a risqué sonnet called “Idol” that would have been well known to Mary and Patsy and the other louche ashtray-fillers and Genet readers of midcentury bohemia. (At least the flower is conveyed from French as a violet in the translation by Michael Thomas Davis that I read in The Paris Review a few weeks ago; other translations refer to a “purple carnation.”)

Unless you are unshockable, I do not recommend you google Rimbaud’s “Idol.” Don’t google it. Don’t do it. But if you do, and you are over the age of 18, your face will make that expression of dawning amazement that actors’ faces make in laundry-detergent commercials when they realize the stain really has disappeared from that white T-shirt. Your mouth will drop open as you catch Rimbaud’s X-rated drift.

The Irish horticulturalists also mention that lesser celandine is an important nectar source for bees and the other pollinators that come out of hibernation in the springtime (with a hey, and a ho, and a hey nonny-no). I’ve just been out in the garden again, now, drinking an icy glass of déclassé Coke Zero Sugar and following around a fat bumblebee, to see if it would alight on the bad, bad lesser celandine. The bumblebee circles and circles, seeking nectar, but does not land. Perhaps he does not like being watched.

I don’t actually dislike the color yellow, anymore, is my point. I no longer associate it with the Easter-basket plastics and Technicolor extravaganzas of April but instead associate it with motherhood. With May Day, and Mother’s Day, and bouquets of assorted daffodils gathered by small hands. With mayflowers, in the springtime, when birds do sing, hey ding-a-ding-ding. Sweet lovers love the spring.