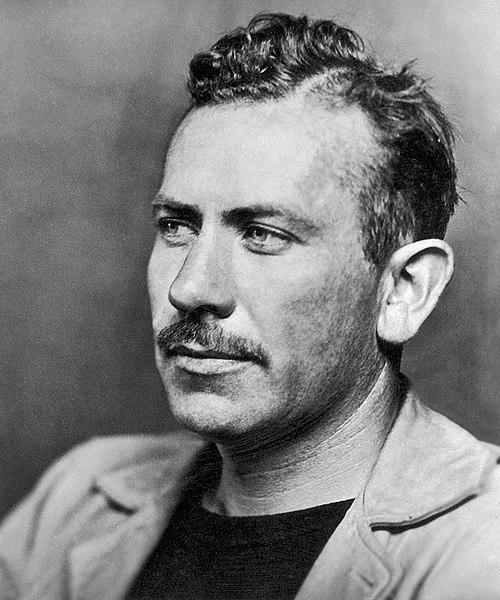 The current rage for banning books reminds me of a time when I wrote more for the paper and something about John Steinbeck came up, and I couldn’t pin down if in fact his novel “The Winter of Our Discontent” had been banned from the Pierson High School or John Jermain libraries in the early 1960s for its less-than-flattering depiction of what is clearly Sag Harbor. Or, more pointedly, for its, uh, florid descriptions of a particular Italian immigrant owner of a market downtown.

Steinbeck died as I was turning 2 at the close of 1968, about six months before we arrived at a tumbledown house at the dead end of Green Street in the village. Supposedly it once boarded railroad workers; tracks used to run along the cove there, and I would ask you to pause for a moment and simply imagine that train ride.

But across the cove the Steinbeck place always held a certain totemic power. Because I was told so, I suppose, as it wasn’t until years later, ninth grade at Bridgehampton High, that I would be emotionally wrecked by the mercy killing that brings the curtain down on “Of Mice and Men.”

Half a lifetime later, when I found myself working at The Star and assigning for review a book titled “Steinbeck in Vietnam,” collecting his work as a correspondent, I was flummoxed by his support for the war, which, given the people’s party seeking self-determination on the other side, seemed at odds with his political views on workers, capital, and social equity as seen in “The Grapes of Wrath.”

As they say, it’s a long story.

Now, with these assorted Steinbeck talks and screenings coming down the pike, I wonder what he really thought of Sag Harbor, beyond as a nice place to have a writing shed. Let’s see, the Californian alighted in his East Coast Cannery Row in the mid-1950s. Over the next 13 or so years he’d have been witness to the onset of what some of us consider its best years — of industrial decline and roughneck bars, diners and gas stations. An “American Beauty,” Dorothy Zaykowksi wrote? More like faded glory.

Here’s hoping he enjoyed it.