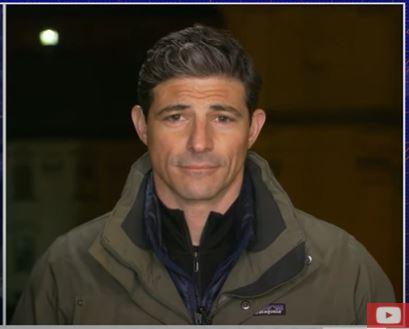 Words cannot express my continuing gratitude at the absence of cable news talking heads from my life. It’s been about two years since I cut the cable cord, so instead of histrionics and drama and onscreen infotainment graphics touting the crushing humanitarian crisis of the war in Ukraine as must-see TV, I get by with sensible Judy Woodruff on the “PBS NewsHour.” A subscription service delivered over the internet, in other words.

The personality-driven commentary and ingratiating displays of concern in place of reporting, funnily enough, is exactly what CNN’s founder, Ted Turner, did not want or like. Morning news? The networks’ great revenue driver? The unlikely but likable team of twitchy, irascible Jack Cafferty and smooth Paula Zahn 20 years ago was the last time it was so much as watchable. They got canned, not cool or fun enough, too mature, in one of their cases not enough hair.

But leading with his product-stiffened coiffure is exactly what we get in that time slot over on MSNBC, in the person of the vain blowhard Joe Scarborough, lover of Reagan who doesn’t seem to realize the old man’s unions-down, unfettered-markets-up role in undercutting working-class life in this country, thus paving the way for his nemesis, Donald Trump, who from the White House, as you’ll recall, in either comic performance art or untethered malice more than once accused Scarborough of murdering a staffer.

If all this sounds superficial in the face of Russian shelling of civilians outside Kyiv, this is the point. Here on the other side of the world, we’re dependent on images from television, yet too often must endure them delivered and diluted by, well, TV people. On ABC News streamed over Hulu, for instance, by a correspondent named Matt Gutman out in the field as harried refugees stream past him into Poland, and what you see is his distracting, expensive haircut, his tan, his well-fitted Patagonia down vest, the knitted brow of his effusive sincerity.

Then, back to you in New York, Whit Johnson, and cut to this unnervingly unreal news reader who could have been the model for the CPR mannequin on the cover of Radiohead’s “The Bends” album.

The coverage is appreciated. Truly. But how about invoking Captain Outrageous for old time’s sake: more reporting, less performing.

A Conference for Young People to Create Solutions
Get Outside, Get Moving
Two Traditions, One Fair in Springs
END_OF_DOCUMENT_TOKEN_TO_BE_REPLACED