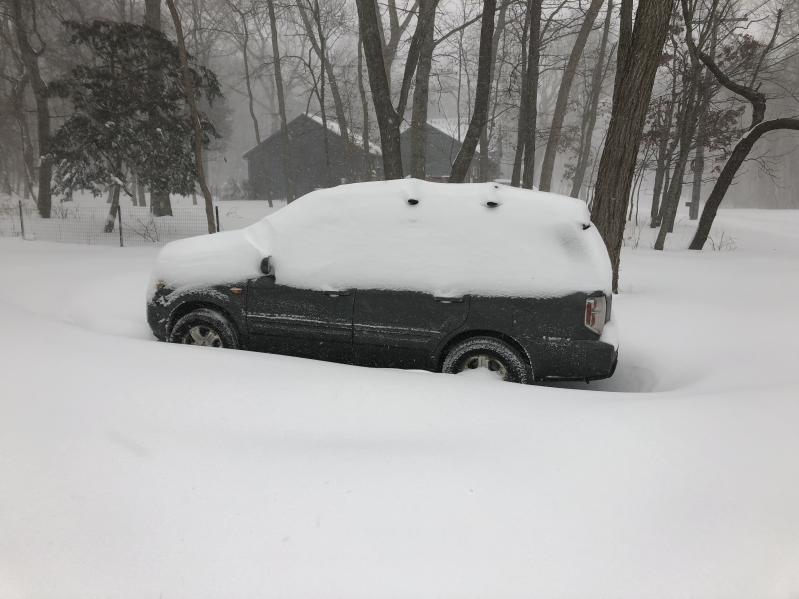 This almost had a different headline: “Piss-Poor Plowing.” But I couldn’t pull the trigger. The plow guys don’t deserve it, as there are so few of them yet so many miles to go before they cut short the spreading salt and rest their scraping blades.

As jobs go, I was almost jealous. High up in the cab, face illuminated by the dashboard in the night, coursing the silent winter streets past snow-blasted landscapes. And as my Swedish grandfather once said of how he enjoyed his morning commute, “You don’t have to talk to anyone.”

After the weekend’s mammoth snow dump, the plowmen pretty much got it done. By Sunday afternoon, any tin can of a bald-tire Subaru could traverse the hillocks of Noyac, although on Monday morning the road we all love to hate, the 30-m.p.h. two lane that’s treated as a rushing highway — shoulderless, no-sidewalk Noyac Road — was still compromised.

That’s not a complaint. The layer of snowpack and slush was an improvement, quieting the traffic, for once slowing the heedless drivers, adding interest and adventure to the school drop-off routine.

If only it would stick around. I’ve been imagining just that. Picture getting this once-in-a-decade nearly two-foot snowfall, all fine and powdery, in, say, November and having it last five months. This is my memory of 1994-95, my first winter in Fairbanks, not all that far from the Arctic Circle, where a job making innumerable deliveries and pickups kept me outside every day all over the city.

It was far from pristine. The place in winter is cursed with temperature inversions — warmer air higher in the atmosphere and colder stuff settling at ground level, trapping the smog. The smell of it clung to you, and the snow gradually grayed, then blackened with car exhaust and a generalized soot.

Sometime around mid-April when the thaw finally came, it hit you all at once: You could smell things again. And slowly every last piece of previously buried dog shit seemed to rise to the surface as the ice crust receded.

But it’s all bearable once you get out of the city, like along the Tanana River, where my cabin was, and where I once saw 50 below, and 40 below fairly regularly, because there’s no wind and it’s dry — in terms of annual rainfall it’s a damn desert.

Not to pull rank on this Long Island-style winter wonderland we’ve just experienced. But it’s now Monday night and I see that rain is in the forecast three days hence.

A Conference for Young People to Create Solutions
Get Outside, Get Moving
Two Traditions, One Fair in Springs
END_OF_DOCUMENT_TOKEN_TO_BE_REPLACED