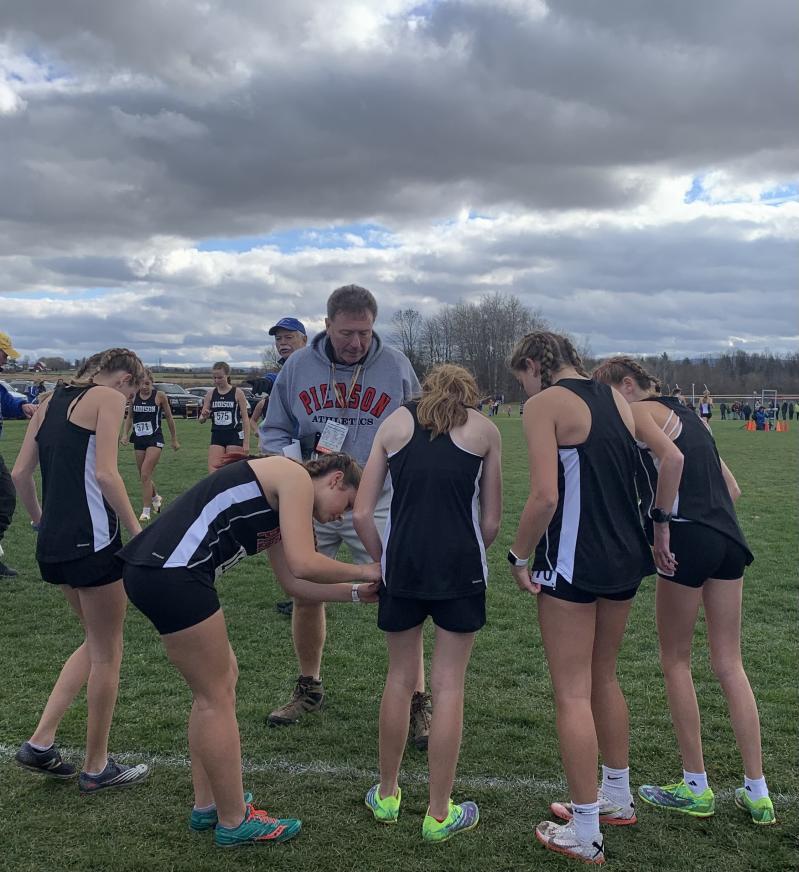 This is not a sports report. But you local peeps out there might want to know that a Pierson seventh grader just made all-state.

This would be at the cross-country championship meet Saturday smack dab in the middle of New York’s agricultural vastness — Vernon-Verona-Sherrill High in Vernon, N.Y. Uh, let’s see, due south of Rome and a straight shot east of Syracuse? Does that help you nativist Long Islanders any? We’re talking dairy farms, collapsing barns, and the clip-clopping of a surprising number of horse-and-buggy combos driven by no doubt the sanest members of the Empire State’s populace, the technologically skeptical Amish.

The 12-year-old seventh grader was one Josie Mott, who finished 14th in the girls Class D 5K race in about 21 minutes flat. (The top 20 make the podium and get a medal; there were 107 runners.) Mott, a name with some local pedigree. For one thing, your friendly neighborhood columnist’s own cross-country coach at Bridgehampton High in the 1980s was Coach Mott. (I’d add his first name here, but like everything else from that time, other than learning how to change a tire in driver’s ed, it’s been lost to the mists of time.)

Considering the tough competition, the small-school Suffolk County champ Pierson girls held their own, possibly better than expected, finishing sixth out of 10 teams. But, just for the record, sports fans, for this group, which also included Greylynn Guyer, Sara O’Brien, Bennett Greene, and Maggie Greenwald, maybe more important was their good nature, their togetherness, their even keels, their lack of brattiness.

An outside observer might even say they look related: similar height, similar hair color, like overgrown American Girl Dolls in racing singlets. Similar youth, too — only one, Greylynn, is a sophomore, Maggie is another seventh grader, and the rest are freshmen.

Pierson also had a boys qualifier, Justin Gardiner, a junior who finished 26th in Class D in 18:02, and who is thus advised to note the benefits of college Division III cross-country — the instant home base in a new place with other runners (“good people,” as we all know), the school spirit, the absence of being pushed to the point of burnout.

Full disclosure: Your faithful correspondent flat-out loves it upstate. Bias aside, this course was clearly a winner, and should be used again as soon as is reasonable, primarily for the number of viewing points for this great spectator sport, which spurs middle-aged parents to hustle from spot to spot en plein air — good aerobically, good comically. In this case the ambitious found themselves ducking maple syrup lines strung up in a stand of woods.

A final note. The coach who had the foresight to dip into the middle school to put this young girls team together, Jim Kinnier, appears to be hanging up his whistle. All sentimentality will herewith be skipped, but let it be said that the guy really cared. Thanks, coach.