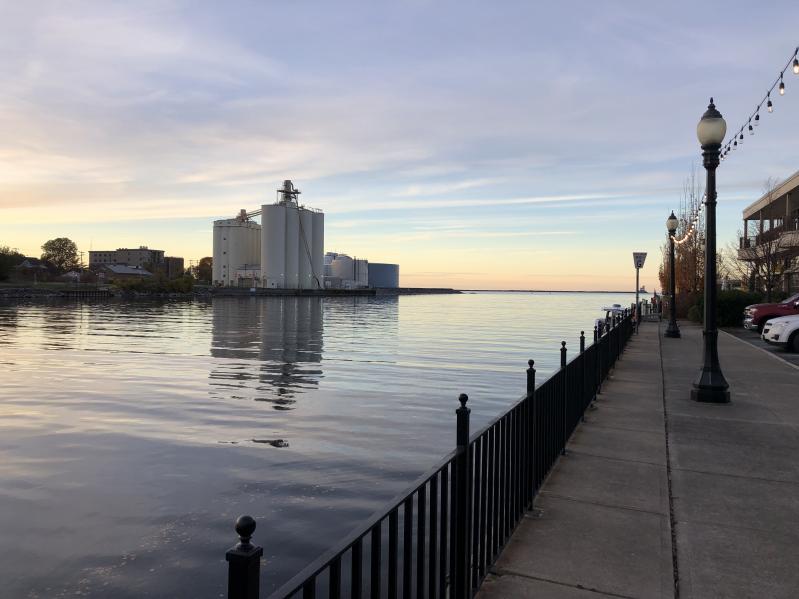 I just discovered the freaking American Paris. Call me a fool, but such was the glittering effect of the lampposts and strung lights along the Oswego River, leading out to mighty Lake Ontario, to say nothing of a particularly well-preserved, amply bricked upstate downtown.

There didn’t even seem to be any vacant storefronts in Oswego, only the taverns and coffee shops of a robust civic life, the plentiful plate glass reflecting what was a confident and forward-looking 19th-century America.

But Paris. Remember that episode of “The Honeymooners” when Ed Norton hopes to win the Raccoon Lodge costume contest by dressing up as his hero, the Frenchman who “designed and built the sewers of Paris”? Oswego and environs have their own, even more impressive feat of civil engineering, the Erie Canal, any mere sighting of which produces a schoolboy rush of excitement.

As a product of a Long Island public school, a tiny one, I suppose we were taught something about the roughly 350-mile canal, a project more audacious and more useful than putting a man on the moon. That lesson plan would’ve been hard to screw up. But when it comes to New York State history and geography, that was about it. How was it, for instance, that it took me until last year to learn of the vast gorges and surging waterfalls of Letchworth State Park, “the Grand Canyon of the East”?

My explanation is in the country’s crazy, multilayered federalism. We can’t get past the regional, the little fiefdoms. At times I’ve wondered why we didn’t take it to its logical extremes, because sometimes they are indeed logical — of course breaking Peconic County off from Suffolk made sense. And so did Long Island as its own state. It’s unto itself in almost every way. Zooming in a bit, Southampton Town is simply too big, too cumbersome, and the distinct western half should’ve been lopped off at the Shinnecock Canal a century ago.

Final thought on my first thought on the subject: At one point in the 1990s I took a rafting trip near Seward, Alaska, and despite the big nature, the glaciers, the eagles, our guide (30-something, scraggly beard, Dobie Gillis cap) was already planning his eventual return to his native upstate New York. “If you’ve been there,” he said, “you know why.”

It took having a kid up north in college for me to see it, but I see it. It’s like another country.