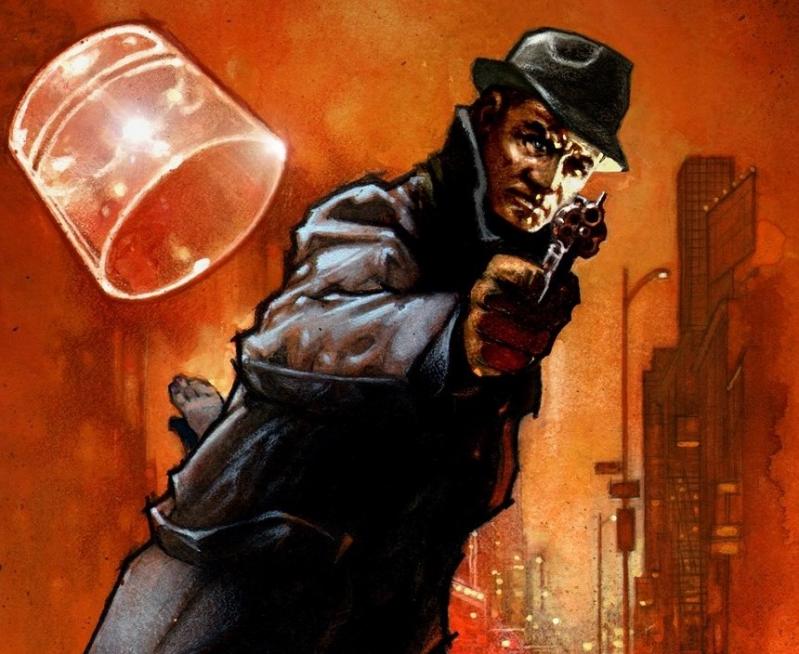 I recently backslid as a reader and tore through two easily digestible crime novels of the sort that 25 years ago I treated as sustenance — pain-relieving, sanity-restoring, pleasure-bestowing sustenance. One of Elmore Leonard’s Raylan Givens books, “Riding the Rap,” and Lawrence Block’s “Eight Million Ways to Die,” from his Matthew Scudder series, one where the guy’s just starting to hit the A.A. meetings.

The Leonard isn’t exactly his best (I’d recommend “Pronto” for anyone looking to check in on the exploits of this likable, sensible U.S. marshal), but he does riff as only Leonard could, loose yet gripping, funny, not knowing where the plot was headed when he started writing — in longhand.

And then there’s the dialogue. As Block himself put it, “When Elmore Leonard’s people start talking, I can’t help myself, I have to listen.”

The Scudder book is down and out, proximate to the gutter, in fact. A good one for you fans of the greasy spoon where you linger by yourself over a tabloid, or the gin mill with the dark-wood bar worn smooth by bending elbows. It’s from 1982, just about New York’s nadir — or glory years, depending on your view. But I have to say, for all of Leonard’s later flash, his early Detroit novels (“Unknown Man No. 89”) are every bit as gritty, and less tidily wrapped up.

Of particular note, though, is the sheer number of cups of coffee downed by Scudder and his various investigatory interviewees, pimps, hookers, informants, cops, that sculptor/lady friend, and the alcoholics giving their qualifications in church basements. It’s record-setting. It’s every couple of pages. And black. He’ll go “regular,” as they say in the city, or used to, and dump in the cream and sugar only when the stuff from a station house machine is so bad he has to disguise it as dessert. Simply laying off it for once is apparently not an option.

The daydreaming bout of nostalgia this triggered had to do with my old tendency to read books like these with a fresh pot of French press coffee at hand, in a cabin far off in the Pacific Northwest — way far off. I lived without television for those five years, which is saying something for someone who grew up practically nursing one like a teat. And I’m here to tell you, there is very much such a thing as being starved for images.

I always took the crime novel to be a straight-up substitute. TV was a habit like any other — breakable.