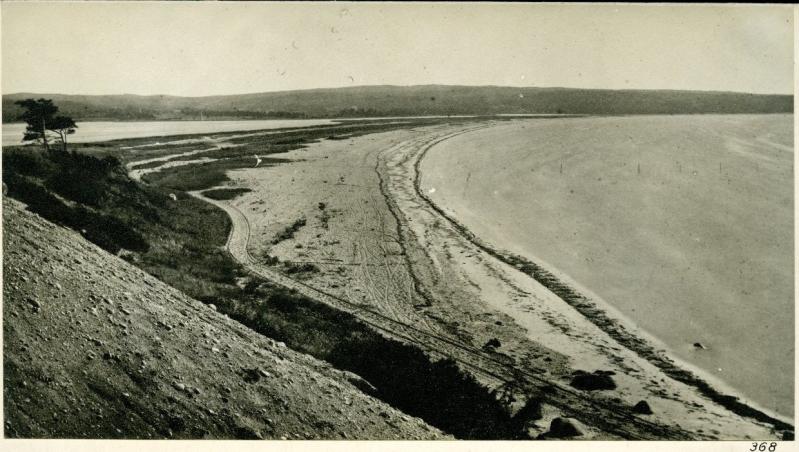 An 1878 photograph of Long Beach in Noyac by George Bradford Brainerd.
Brooklyn Museum
By Baylis Greene

When you’re of a place, you pay it less mind. The saying in Fairbanks, Alaska, was that the longer you were there, the less you did; that only the eager-beaver new arrivals bothered to get outside for winter activities.

Or get out at all. I remember one column by a guy named Dermot Cole in The Fairbanks Daily News-Miner, about how a “real,” hard-bitten Alaskan would react to car problems: Look at the thing out the window, take a sip of coffee. Walk out and kick a tire. Go back inside and drink more coffee.

I’m speaking as someone who tried to get out there and at least on weekends cross-country ski the frozen Tanana River a short walk from my cabin. I say cabin, but everything’s two-sided in that land of extremes: It wasn’t really that rustic or charming — this one was balloon frame, small but two stories, and not rough-hewn, just roughly built, as they say in the trade. No running water and an outhouse, as was the norm, but there were neighbors across the way.

About that river, I happened to be standing next to it one spring when it at last broke apart (there’s always major wagering on the date). The frozen chunks colliding sounded just like ice cubes clinking in a glass.

That was years ago. Here in Noyac, for some reason I’ve been overlooking nearby Long Beach, and was surprised it took me till the second weekend in July to appreciate it in a way I haven’t since the days the Oasis snack shack was dishing out hot dogs and items fresh from the deep fryer. The exact mile length for timed running; the calmer, warmer water for distance swimming. The bird life. That ice cream truck that plays Scott Joplin’s “The Entertainer.”

I was there with my younger two kids Sunday when they noticed a crowd down the strand, gathered facing the water as if drawn by a foundering seal or a floating corpse.

Turns out it wasn’t death; it was new life — a baptism. Not exactly like the river ceremony set to an American folk hymn in “O Brother, Where Art Thou?” but similarly moving. Adults, maybe converts. Two or three of them in the water. A table of refreshments under a tent. Applause.

I wanted to stop and watch. The kids thought it would be intrusive (I believe “creepy” was the word). So we eyeballed the scene from the car for a few seconds and moved on, leaving me to wonder about the congregation.

It’s almost time, I’d say, with the virus for now more or less at bay, to make like Lawrence Block’s Matthew Scudder and hit the church pew. That character — alcoholic, a favor-dispensing unlicensed private eye, and nothing if not downbeat — used a pew like a booth at his favorite diner. Thoughtfully. For respite more than absolution.