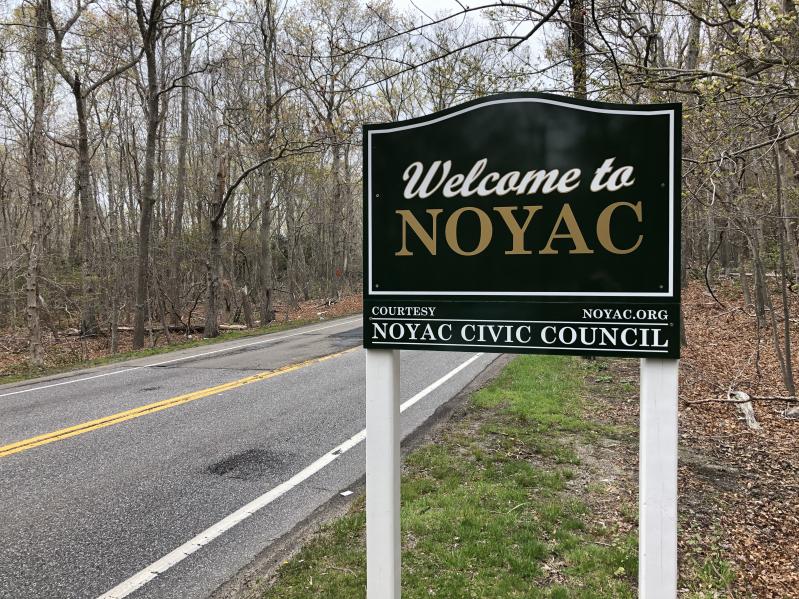 The vaguely Franco-American look of the nomenclature is unsettling. Noyac. Like Kerouac? Says who?

History runs deep on the South Fork, and is well recorded, and time and again in the musty recesses you find Noyack spelled with a K. Bob Keene, once a Southampton Town historian, used to write about this, quoting old town records: “John Parker sells to Theophilus Willman a stream of water and six acres of land in Noyack, dated May 5, 1696.” Or, “Great Noyack laid out into lots, dated June 22, 1702.”

It’s an American Indian name. What else? The Noyacks and the Wickatucks once trod this woodsy, watery area, its name coming from the Algonquin word for “a point or corner of land.” Thanks to William Wallace Tooker’s 1911 “The Indian Place-Names of Long Island and Islands Adjacent” for that.

“Noyack no doubt takes its name from the long point or neck of land now known as Jessup’s Neck,” Tooker tells us, “at one time called ‘Farrington’s Point.’ ” And, apparently, Noyack Point.

Consider Sagaponack, Algonquin for “a place where big ground nuts grow,” according to the granddaddy of local historians, William S. Pelletreau. With that K the name is strong, convincing, intriguing; looks good, feels right. But Sagaponac, as in that development the Houses at Sagaponac? Silly. Pretentious.

Not all that long ago you could still see it on the occasional street sign, like the Noyack Road sign near the Whalebone general store. What exactly happened to Noyac’s K seems to have been lost to the semi-recent mists of time, but the newspapers are surely complicit. I bring it up here not only as a resident, but because The Star single-handedly kept East Hampton as the more pleasing two words, so there’s hope.

Bob Keene gets the last word. “Rarely has there been as much evidence to back up the spelling of a place name as there is for Noyack,” he railed to a local broadsheet more than 30 years ago. “It is spelled Noyack on old maps, old charts, and in old books, and it has been accepted by the town for the past 350 years!”