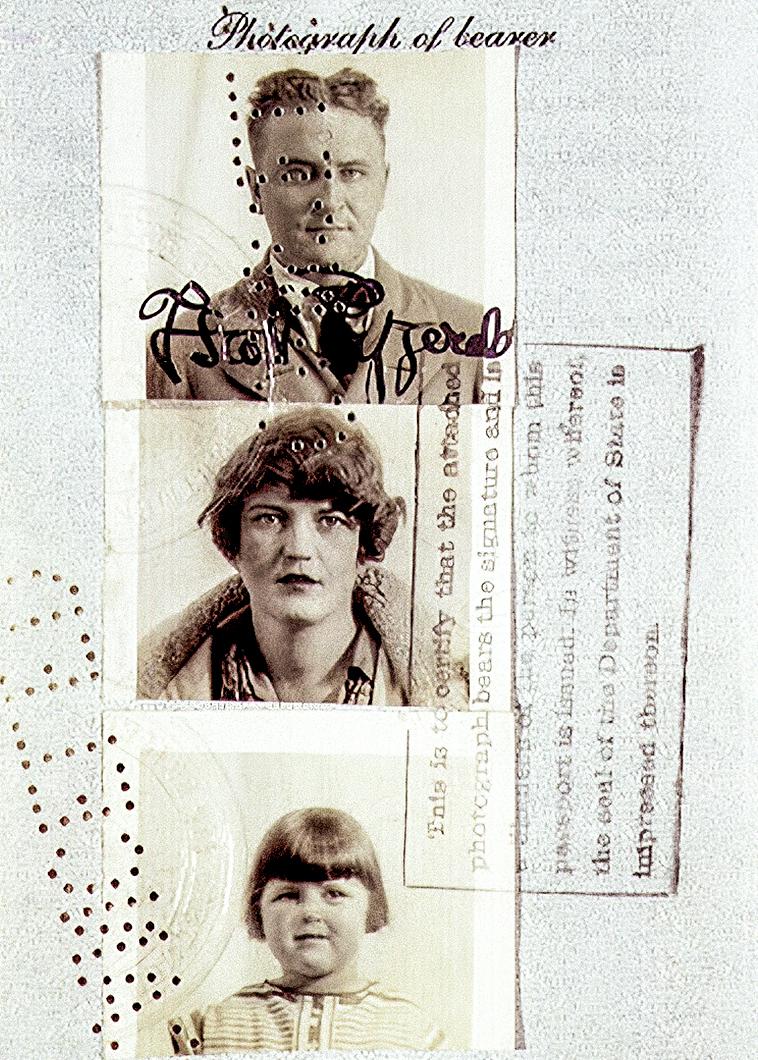 My most favorite author when I was in 10th grade was F. Scott Fitzgerald. It wasn’t so much the dazzle of his world — beautiful people tanning themselves and acting like idiots on the Riviera — that caught my imagination so much as the doomed trajectory of his own life story. Teenagers, as we know, can be maudlin, and I was attracted to F. Scott because he wasted his genius (and his beauty) on booze and then died in Hollywood at 44, leaving behind a half-finished novel, “The Last Tycoon,” that was irresistible, nearly mystical, to me in its lost promise.

The best part of “The Last Tycoon” were Fitzgerald’s fragmented notes — scraps of ideas — which the publishers of the book used in lieu of an actual ending when it was released posthumously. The novel, which chronicles the ruin of a movie producer of great talent and charm, carried the reader along for several more or less coherent chapters and then exploded into small pieces of scattered thought. I found this fascinating, as a window into the author’s mind.

Fitzgerald’s most famous pronouncement, “There are no second acts in American lives,” was one of these random comments he left behind while working on “The Last Tycoon,” just a thought he jotted down on paper. Some of the notes were reminders to himself of things a character might do or say (a girl, for example, who “comes up to people when she meets them as if she were going to kiss them on the mouth, or walk right thru them”); others were small observations about power, fair play, or charisma.

“Nine girls out of 10 can stand good looks without going to pieces,” he wrote, “though only one boy out of 10 ever comes out from under them.”

David Niven, in his memoir of the studio system of the 1930s (“Bring on the Empty Horses”), recalled Fitzgerald as a pitiable figure and a nuisance, who sat watching the action on the sets of motion pictures he wasn’t even working on, scribbling away in notebooks. Niven assumed this scribbling was a pantomime, that nothing coherent could possibly be produced by this gin-sodden relic of the Jazz Age. That was a mistake, of course: Fitzgerald was a wreck, but his brain was still a most acute organ. “I talk with the authority of failure,” he recorded in his notes, “Ernest [Hemingway] with the authority of success.”

For many years, I carried around a small red-leather notebook, about the size of my hand and bound with an elastic that kept the pages from falling open, in which I made similar notes. Similar, I mean, in randomness and intention — not in brilliance or insight, it goes without saying. That little red notebook is somewhere in this room where I am writing today, I believe, probably in one of the cardboard cartons under the bed in which my past writing projects are stored (slightly disturbing in their under-bed lurking, like the bedtime monsters you imagine might reach out to grab your ankles as you hop to the safety of the blankets). In the last year, instead of using a small notebook, I have been making use of the more-expedient, if less aesthetically satisfying, note-taking method of emails to myself with gem-ideas for future columns. For what it’s worth, here are four of my recent, random — and admittedly less than Pascalian — pensees:

“ ‘Gubernatorial’ is the foolishest-sounding word in the English language. It has ‘goober’ in it.”

“She never did get a headache from Champagne.”

“Can you live intensely within the boundaries of middle-class expectation? Or is it necessary to be a pirate, a cowboy, or a gangster?”

“Glamour is certain expansiveness. It’s when you cast a bigger image of yourself in your own mind’s eye, and then you live up to that bigger image. If you buy this line of thought — which I do, I buy it — glamour is generosity. Living large means thinking big. You can extend yourself, the space you take up in the universe, by giving things away. By casting your cash upon the tables of life.”

I may be no F. Scott Fitzgerald, but at least I have survived longer than the poor fellow did. And — I say this to myself as a consolation — at least I’ve lived long enough to have outgrown the adolescent trap of maudlin self-pity that crippled him and generations of bohemians, writers, and artists before the introduction of cognitive-behavioral therapy.

On Monday I bought an extra-bright LED book light, so I can return to what had been, before the internet stole my brain and swallowed whole my hours, a lifelong habit of reading for hours before bed. Apparently I am aged enough not just to be, today, older than the decrepit F. Scott ever was but to have a problem with small print. Isn’t it glamorous?

Pensee: When you die and go to heaven, what age is your presence, in the heavenly form you take up there, beyond the sky and the clouds? We must take some form in heaven, so we can recognize one another. Friends and lovers who died before you — family who died when you were only young — will need to recognize you when you rush up to meet them as if you were going to kiss them on the mouth or walk right through them.

I certainly feel, in spirit, more like a braless jazz baby climbing into a flivver in a drop-waist Patou dress than a middle-aged matron in a 38DD full coverage Bali brassiere. I’m assuming my manifest presence will look 17 again in heaven.

There was an oversize, illustrated volume in the reference room of the East Hampton Library when I was in eighth and ninth grade with portrait photographs on every page of the brightest stars of the silent-movie era. I studied this book intently, learning to recognize John Gilbert (“the Great Lover”) and Pola Negri (“the Vamp”) even though, in those pre-YouTube days, I had no way of seeing them shine on screen. The images were keenly poignant to me — all that lost youth, starshine quivering on the brink of oblivion, just before the arrival of sound, before the Great Depression, before Hitler.

Lately I’ve been feeling a strong urge to dive back into the novels and movies of the 1920s. I’m not sure why. Is it because we are, once again, dancing on the brink? I’m going to use my new LED book lamp to read “The Great Gatsby” for the first time as an adult. When I was 13 or 14, I was an atheist, but the older I get, the more possible it seems that Rudolph Valentino, who was only 31 when he died of a perforated ulcer after a night of heavy boozing, will be waiting for me — as my reward — when the Archangel Gabriel blows his horn for me.