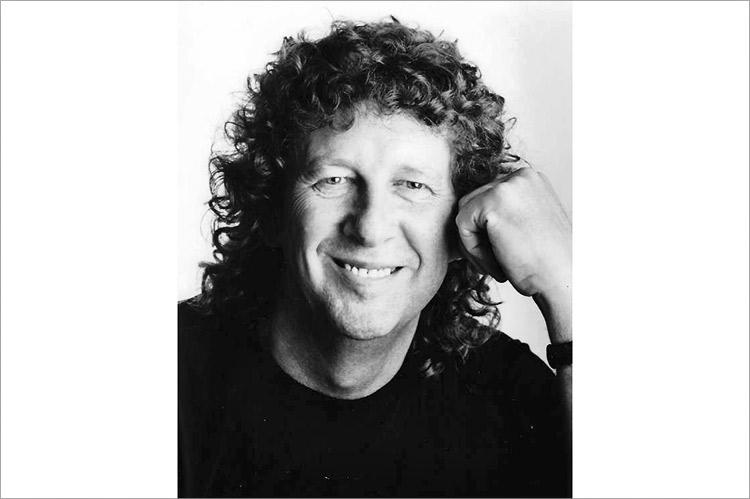 George D. Meredith, a co-founder and creative director of Gianettino & Meredith, a New Jersey advertising agency, died at home in Springs on Jan. 5. He was 82 and had been in declining health.

Mr. Meredith was an influential copywriter and creative director who created and oversaw memorable campaigns for WNEW-FM, ShopRite, Benjamin Moore, Welsh Farms, Chevrolet, Kiwi Airlines, and countless others. He served on the boards of Unity Concerts, Bloomfield College, the Whole Theater Company, and the Montclair Art Museum in New Jersey, and helped found the Yogi Berra Museum there.

His first job after moving to the East Coast in 1969 was for Force, a marketing agency, as editor of the program that was passed out at New York Giants football games. This was followed by work at Keyes Martin, where he rose to the position of creative director. In 1976, he and Ron Gianettino founded Gianettino & Meredith, which, over its first 10 years, was built into the largest independently owned advertising agency in New Jersey.

While at Keyes Martin, he created the ShopRite “Can Can” campaign, with ads featuring a French can-can line and a jingle that became a decades-long earworm for residents of the Northeast. Gianettino & Meredith gained its first client when WNEW-FM turned to it as the rock radio station struggled against the rise of disco. Inspired by the poet Ted Joans, who spray-painted “Bird Lives” throughout New York City after the death of Charlie Parker, Mr. Meredith pitched “Rock Lives” to the station manager at the time, Mel Karmazin. It was adopted as WNEW-FM’s slogan for the next 20 years.

In 1992, when Kiwi Airlines was founded by pilots of the recently defunct Eastern Airlines, it turned to Gianettino & Meredith to market its low-cost flights. According to his family, “When they explained to Meredith their desire to employ nonprofessional actors to save money, Meredith protested and in jest said, ‘I’d do it before I’d let you do that.’ Their unexpected, eager reply was, ‘You would?’ ” And for the next seven years his voice was heard on the company’s droll radio campaigns.

He was inducted into the Advertising Hall of Fame of New Jersey in 1987. He retired in 2002, after 35 years in the business.

Mr. Meredith was born in Milwaukee on Aug. 7, 1940, to George Wade Meredith and the former Carol Catcott. The following year, his father was drafted into the Army. Between all the places his father was stationed and his restarting his career after the war, the family moved a lot when he was a child. In high school he got involved in theater and played varsity basketball and baseball. For two years he pitched for the University of Arizona in Tucson on a baseball scholarship. When he decided he wasn’t going pro, he transferred to Florida Southern College and earned a degree in English.

In 1964, Mr. Meredith moved to Bloomington, Ind., with his first wife, Ruth, to attend graduate school at Indiana University. The couple had a daughter, Hilary. In Bloomington, he met the woman who would be his second wife, Elizabeth Lee, who is known as Beth. She replied to a help wanted ad that Mr. Meredith “would later call ‘the best ad I ever wrote.’ ” When they married in 1969, he gained a stepdaughter, Lisa. Their son Sean was born soon after and they later adopted another son, Daniel.

“Ever passionate about arts and culture,” Mr. Meredith “was an avid collector of books and photography,” his family wrote. Together he and his wife also collected ceramics, art glass, and sculpture. They had a sizable collection of work by artists with ties here, among them Elaine de Kooning, Eric Ernst, Dan Christensen, Audrey Flack, Donald Kennedy, Joe Zucker, Hans Van de Bovenkamp, and Randall Rosenthal.

A music lover, Mr. Meredith was a regular at the Stephen Talkhouse in Amagansett, telling The Star in a 2014 interview, “I don’t know if we’d live here if it wasn’t for the Talkhouse.”

He curated three exhibitions of his collections that were exhibited at the Track 16 Gallery in Santa Monica: “Author! Author!” in 1996, a survey of photographic portraits of writers; “When What to My Wondering Eyes” in 1998, featuring Christmas art and literature, and “Table Turners” in 2003, with album covers designed by “artists who hardly ever did album covers.” The latter was also exhibited at John McWhinnie @ Glenn Horowitz Bookseller in Manhattan and Innersleeve Records in Amagansett. His portraits of authors were shown at the Grolier Club in Manhattan and at the Montclair and East Hampton public libraries.

In 2004 he donated his Christmas collection to the library at Penn State University.

In 1978, he and his wife bought a house on Springs-Fireplace Road, where they spent summers and weekends, splitting their time between Springs and Montclair. They moved to Springs full time in 2009. Not only a collector of photography, he also enjoyed it himself and could often be spotted exploring Springs with his camera in his 1973 red Mustang convertible.