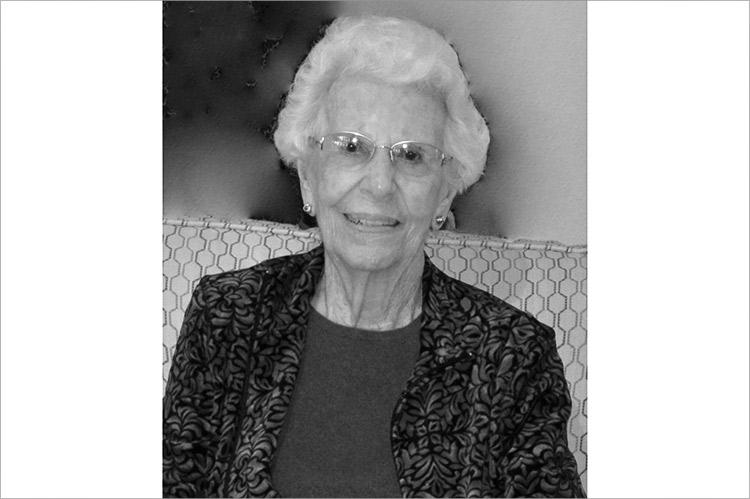 Alice Byrnes Cooley, who began working as a telephone operator before she graduated from high school, and in her retirement was a familiar face at East Hampton Town’s senior citizens center, died at home in Bluffton, S.C., on Jan. 1. She was 100.

Work and family took up much of Mrs. Cooley’s time, her family said. But after her retirement from the phone company in February 1983, she took up golfing and played at the Sag Harbor Golf Course well into her 80s. When not on the links, she traveled extensively.

At the senior center she enjoyed the camaraderie of midday gatherings — right down to the sweet desserts — and often played mah-jongg with a group of friends.

She was born in Westbury on Sept. 22, 1922, to Frank Byrnes and the former Annie Erney. The family moved to East Hampton when she was 5, and she grew up on Osborne Lane. She graduated from East Hampton High School in 1940 in a ceremony held at the Edwards Theater on Main Street.

In March 1944, she married Malcolm J. Cooley. They had two children, Carol Onisko of Bluffton and Barbara Field of Bluffton and East Hampton, who survive. Mr. Cooley died in 2007 at the age of 95.

Mrs. Cooley was a parishioner at Most Holy Trinity Catholic Church here. She is to be cremated, and a private ceremony will be held in the future.

Her family has suggested memorial donations to the East Hampton Village Ambulance Association, 1 Cedar Street, East Hampton 11937, to the senior center at 128 Springs-Fireplace Road, or to a charity of one’s own choosing.