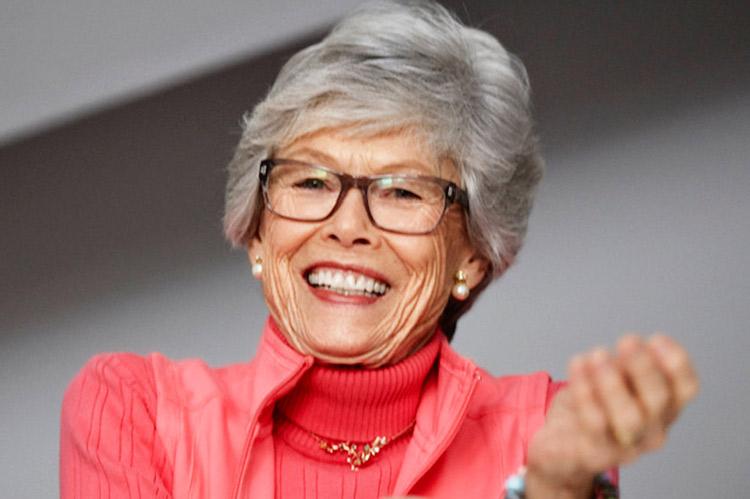 Bernadette Koch, a summer resident of Fairway Place in Montauk, a former model, and a teacher in the New York City public school system for many years, died on July 28 at home in Basking Ridge, N.J. The cause was glioblastoma, which had been diagnosed in March. Mrs. Koch was 81.

The eldest of nine children, she was born on Staten Island on June 8, 1941, to George Watson and the former Alice May. She grew up there, earning a bachelor’s degree in education from Notre Dame College. She then went on to Fordham University, where she earned a master’s degree, also in education.

In her youth, she competed in several beauty pageants, and was crowned Miss Montauk, Miss Greater New York, and Princess of New York. She also graced the cover of Seventeen magazine, appeared in several print and television advertisements, and was a contestant on television game shows including “I Guess,” “Concentration,” “Beat the Clock,” “Gambit,” and “What’s My Line?” She served as an interim secretary to the Staten Island Borough president, and as the Johnson Wax representative for V.I.P. guests and attendees of the 1964 World’s Fair.

On one of two tours as a U.S.O. entertainer in Vietnam, she met Capt. William Koch, a graduate of West Point. They were married on May 30, 1970. For a time, they lived in Germany, where Mrs. Koch taught children on an Army base. He survives her.

The couple returned to Staten Island for several years before moving to Basking Ridge in 1987. They adopted Mrs. Koch’s two nieces, Donna and Tara, which Mrs. Koch described as one of her greatest accomplishments.

For 30 years, she was an elementary school teacher on Staten Island. She served as a volunteer at the Montauk Food Pantry and the East End Foundation, and as a troop leader for the Girl Scouts. She was an active member of the Somerset Hills Y.M.C.A. in Basking Ridge. Mrs. Koch was involved in the Catholic church throughout her life, and was a member of the Church of Saint James in Basking Ridge.

She was known for her dedicated collection and photo organization of family history, and enjoyed hosting family and friends. She never missed a birthday or a momentous event, her family wrote.

In addition to her husband, she is survived by her daughters, Tara Koch of Salt Lake City and Donna Andres of Rhinebeck, N.Y., and two granddaughters, Alice and Catherine Lopez of Salt Lake City. Seven siblings also survive. They are George Watson of Montauk, Cathy Polovina of Kailua, Hawaii, Robert Watson of Oldsmar, Fla., Alice Houseknecht of Montauk, Tom Watson of Uzes, France, Paul Watson of Portland, Me., and Audrey Andres of Springs. Another brother, Joseph Watson, died before her.

A wake is scheduled today from 5 to 8 p.m. at the Gallaway and Crane Funeral Home in Basking Ridge. A funeral Mass will be said tomorrow at 9:30 a.m. at the Church of Saint James, Msgr. Sylvester Cronin officiating, followed by burial at West Point Cemetery.

Mrs. Koch’s family has suggested memorial contributions to the Tunnel to Towers Foundation at t2t.org/donate, or the Montauk Food Pantry, P.O. Box 997, Montauk 11954.