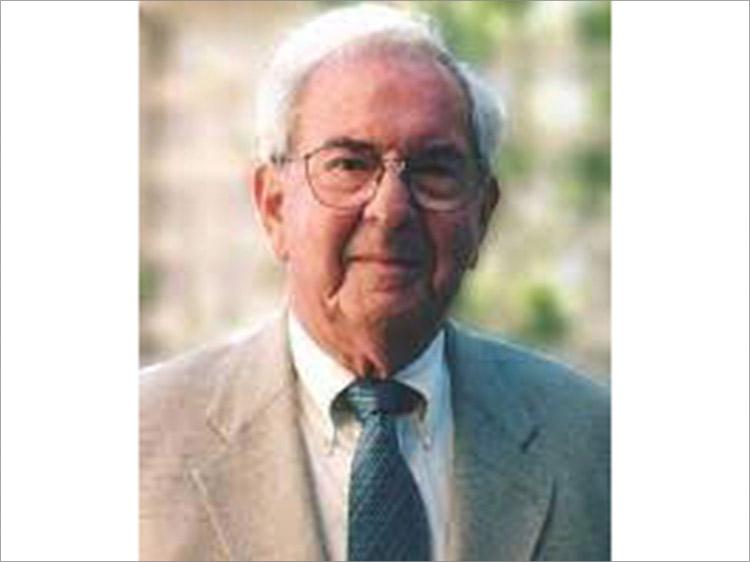 Learning of Alex J. Rosenberg’s death, the president of Cuba, Miguel Diaz-Canel Bermudez, tweeted: “A light of sincere love for Cuba has gone out in New York, where the collector and professor Alex Rosenberg, to whose generous promotional work Cuban art owes so much, has died at the age of 103.”

Activism and art were the twin passions of Mr. Rosenberg, the gregarious New York appraiser and art dealer, who was still working full time when he died of a heart attack at home in Manhattan on Friday. Since 1978, he had a house in Southampton.

Cuba welcomed Mr. Rosenberg’s support, invited him to visit, teach, and meet Fidel Castro, and awarded him its Order of Culture in 1995.

He set in motion in 1988 a successful lawsuit against the United States government by the National Emergency Civil Liberties Committee of New York on behalf of 17 art collectors, galleries, artists, art scholars, and the New York-based Center for Cuban Studies, arguing that First Amendment rights permitted the importation of art from Cuba even though the importation of Cuban merchandise for commerce was otherwise restricted. By 1991, the group won the right for the unrestricted purchase and import of Cuban paintings and drawings. As a result, U.S. galleries and dealers could exhibit the works of Cuban artists and offer them for sale.

Mr. Rosenberg also took an interest in Salvador Dali, for whose work he eventually became the authority for determining authenticity, founding in 2006 the Salvador Dali Research Center. He first got involved with Dali in 1968, when financing a portfolio of his prints. Realizing that he needed to intervene to protect his investment, he went to see Dali in Spain to ask him to correct the artwork and then to Paris to supervise the printing. It was the beginning of a friendship.

Spurred by his success with Dali, in 1969 he began to publish artists’ prints under the name Transworld Art, which he continued and later showed at his gallery. Among the many artists he published were Dali, Alexander Calder, Mark Tobey, Sonia Delaunay, Matta, George Segal, Romare Bearden, Marisol, Rufino Tamayo, Larry Rivers, Willem de Kooning, Lee Krasner, and Henry Moore, the latter of whom he represented in his gallery.

Mr. Rosenberg was proud to have served as an expert witness at first against, and then as representing, the I.R.S. in high-value art appraisal cases.

Perhaps he cared most, however, about his history of political activism, participating in civic activities. During the civil rights movement, he joined SNCC, the Student Nonviolent Coordinating Committee. He adopted and supported an underfunded Black Freedom School in Starkville, Miss., to which he traveled with two friends and his adolescent son in 1962.

He served for many years as vice president of the Center for Constitutional Rights. He was the Democratic District Leader for Assembly District 67 on Manhattan’s Upper West Side from 1964 to 1974, and was elected as a New York delegate to the Democratic National Convention in Chicago in 1968, objecting when police attempted to eject Eugene McCarthy supporters from the floor, claiming that they lacked credentials. He recalled being interrogated by the police and guards in the convention hall, some of which was captured on national television, described by the NBC newsman John Chancellor.

In Israel, Mr. Rosenberg was active in civic activities; he served on the International Board of Governors of the Tel Aviv Museum of Art, becoming one of three foreign trustees. Among his many print portfolios, he published sets of prints by Dali and Reuven Rubin in 1973 to commemorate Israel’s 25th anniversary.

Alex J. Rosenberg was born in Brooklyn on May 25, 1919, the son of Israel Rosenberg, who turned a laundry business into a successful linen supply company, and Lena Zar Rosenberg. He was proud that his mother had been a Socialist, “a lover of art and literature, a patron of young writers, a radical, and an early agnostic.” He recalled that when he was only 8, his mother became so upset over the 1927 execution of Sacco and Vanzetti for a crime that they didn’t commit that she forced him to “stand online for hours to view their ashes at Stuyvesant Hall on Second Avenue in New York.” He recounted that his mother made him accompany her to the Metropolitan Museum at the age of 4 and that he “hated it but somehow it remained with me and colored my life.”

Mr. Rosenberg studied at Albright College in Reading, Pa., then transferred to the Philadelphia College of Textiles and Science. He also took courses at the Philadelphia Museum of Art. In 2003, he earned a Doctor of Science in Art degree from the Instituto Superior de Arte in Havana for his book on “The Art, Science and Business of Appraising.” He received an honorary degree from Hofstra University in 1989, where he had organized a major show of the work of Henry Moore.

He married Dorothy Hardy in 1941, a marriage that after many years ended in divorce. He enlisted in the Army Air Corps and served as a pilot in World War II, becoming a second lieutenant. To support his family, he worked in and started a variety of businesses. The sale of one of them, Anserphone, enabled him to enter the art business.

He is also survived by his second wife, Carole Clemente Halsband Rosenberg, whom he married in 1977. She became his partner in the Alex Rosenberg Gallery at 20 West 57th Street, which operated from 1978 to 1988. He mentored his two stepsons, Michael Halsband and Kenneth Halsband, and has two step-grandchildren, Jacob and Isaac Halsband.

Rabbi Ammiel Hirsch will conduct a memorial service at the Stephen Wise Free Synagogue at 30 West 68th Street in Manhattan on Aug. 9 at 10:30 a.m.

Mashashimuet Park's History and Future
A Conference for Young People to Create Solutions
Get Outside, Get Moving
END_OF_DOCUMENT_TOKEN_TO_BE_REPLACED