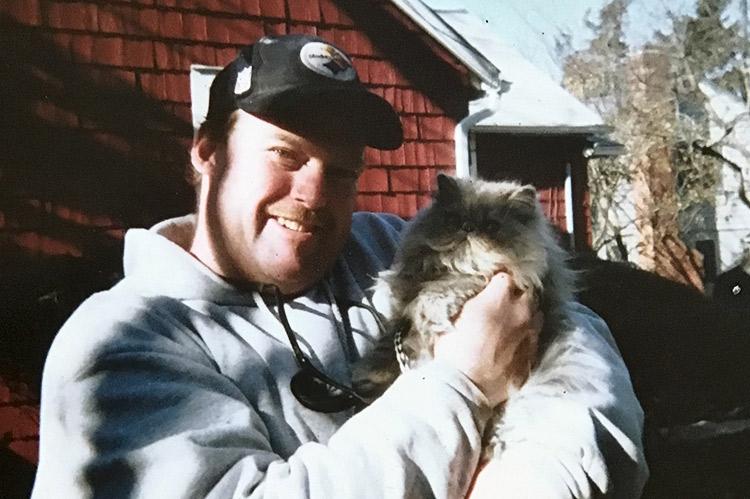 Joseph Francis Early of East Hampton, who died in his sleep on May 13, “touched many people in his short time on earth,” wrote his sister, Vicky Dominski of Sag Harbor. He was 58.

“There is nothing bad you could say about my Uncle Joey,” said his niece, Megan Moreno, who “loved him to the moon and back.”

“He was kind, loving, and entertaining to say the least,” she said. “He had the biggest heart; if you were in his life you were family forever. His personality was bigger than life. There wasn’t anything he wouldn’t do for my brother and me. He would drop everything if we needed him. He was the life of any party or event, and he could make you laugh even on your worst day.”

Mr. Early worked at the East Hampton and Montauk I.G.A.s as a meat wrapper and also did painting and spackling.

He “never missed a chance to go fishing,” his family wrote, and he “always looked forward to rowing in the whaleboat races at HarborFest each September.” This year, a boat will be rowed in his honor and there will be a remembrance for him on the beach.

Mr. Early was born in Southampton on Sept. 7, 1963, to Francis (Buddy) Early and the former Gail Ialacci. He grew up in Sag Harbor.

In addition to his sister and niece, he is survived by his mother, Gail Early of East Hampton, his brother, Dick Early of Sag Harbor, and his nephews Erik Suydam, Jake Early, and Christopher Caramagna. He was close to his extended family, including his sister’s husband, Scott Dominski, and his niece’s husband, Rafael Moreno.

Also surviving are his ex-wife, Robyn Early of Springs, and his “most recent love,” Nadia Garcia of East Hampton. His father died before him.

A celebration of his life will be announced for a future date.