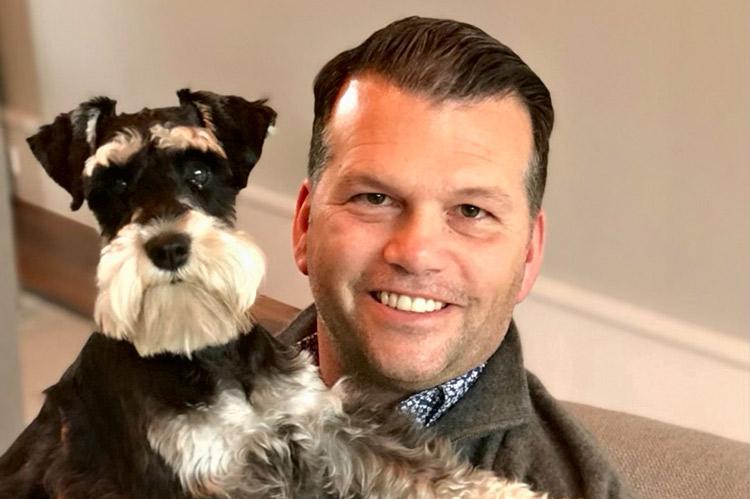 Michael Dehn Breault’s husband, family, and friends remembered him this week for the “boundless joy, love, and kindness that he brought” to them. “At his core, and to the end of his all-too-short life, Michael simply needed and desired to help people and animals.”

Mr. Breault, who divided his time among East Hampton, Jamestown, R.I., and New York City, died by suicide on May 24 in Clarksville, Mo., a few days before his 54th birthday.

He was born in Hartford, Conn., on May 27, 1968, and was raised in Coventry, Conn., by both his mother and stepfather, Deborah and Gordon Hatch, and his father and late stepmother, Richard and Janet Breault. “Many required a flow chart to figure out various family configurations, but Michael was easy to find as the only son among his five sisters and stepsisters,” his family wrote.

His childhood loves were his dog, Spunky, and his horse, Dusty. “From an early age, he had huge dreams, tremendous drive, and incredible passion,” according to his family. He took up riding through the local 4-H club and became an accomplished dressage rider, winning many championships with Dusty, including at the Canadian National Championships.

Mr. Breault received dual degrees in landscape design and business in 1990 from the University of Massachusetts at Amherst.

He moved to New York City in the early 1990s, and in 1997 met Gordon H. Hoppe, who would become his best friend, partner, and husband. East Hampton, where Mr. Breault used his talents to create beautiful landscapes and gardens, was a central focus of the couple’s life together. They renovated and built several houses here that were always welcoming places for friends and family.

Mr. Breault’s business endeavors were varied, from insurance to advertising and public relations to being a brand manager for British Airways, for which, his family said, “he had the opportunity to accelerate a Concorde jet to takeoff.” It was while serving on the leadership team of Circles, a “provider of concierge and personal assistant services,” according to its website, that his entrepreneurial spirit was ignited. He played an important role in the sale of the company to the multinational Sodexo, and then served as global chief executive officer of Circles.

He started the company LR Paris in New York in 2011 with a business partner and then founded his own company, Gibson & Dehn, named for his maternal grandparents, in 2017. It specializes in luxury fragrances, candles, and vegan leather goods and is based in New York City and Clarksville, a historic Mississippi River town.

Mr. Breault took great joy in the many miniature schnauzers he and his husband shared: Spencer, Sophie, Kit Kat, Joy, and KJ. He and his husband enjoyed annual spring trips to St. Barth with friends, but Mr. Breault was ultimately a “homebody; his favorite time of all was lounging on the porch in East Hampton reading with ‘his girls’ curled up next to him.”

Mr. Breault “was a champion and coach to all he encountered, especially those who strived to develop their own businesses,” his family said, and he had a special connection to the people of Clarksville, where he contributed to its ongoing revitalization.

In addition to his husband, who lives in East Hampton and New York City, Mr. Breault is survived by his parents, Deborah and Gordon Hatch of Nokomis, Fla., and Falmouth, Mass., and Richard Breault of Wickford, R.I. He also leaves a sister, Lisa Gilbert of Austin, Tex., and four stepsisters, Siobhan O’Bara of Wickford, Valerie Odams of Gardiner, Me., Colleen Tourtellotte of Chicopee, Mass., and Margaret Bleier of Wilmington, Mass.

A celebration of his life will be planned in Wickford this summer.

His family has suggested contributions to the Kit Kat Fund at the Animal Rescue Fund of the Hamptons at bit.ly/3NN7kvb, or the American Foundation for Suicide Prevention at bit.ly/3xjZH99.