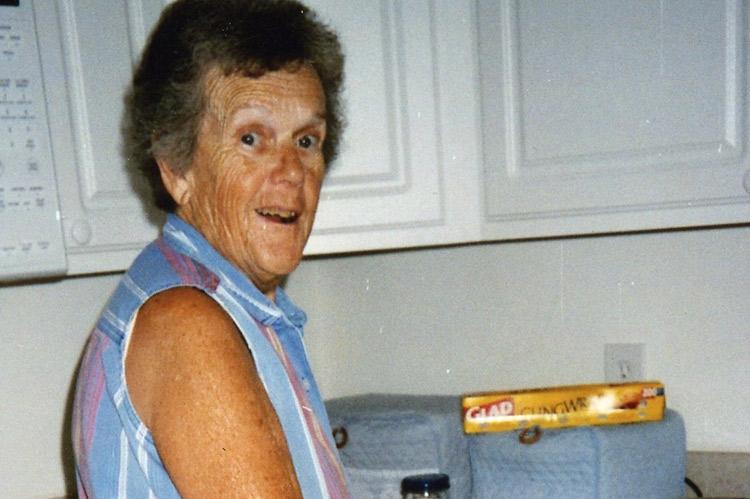 Theresa Frood, who lived in East Hampton from 1949 to 2000, died after a short illness on Easter Sunday in North Carolina. She was 93.

“She was an avid Catholic,” said her son Michael Frood of Elbridge N.Y. “That’s when she wanted to die, on the holiest of all days in the Catholic religion. She would walk to church each Sunday,” he said. “It was right for her.”

She moved to East Hampton after graduating from high school in Littleton, N.H., where she was born on June 19, 1928, the last of 12 children of Elzear Pageau and the former Elizabeth Coyer. Here she went to work at the Huntting Inn, where she met Sheppard Frood, whose father owned the inn as well as the Maidstone Arms. They married when she was 20 and were together for 62 years.

Mr. Frood was a town justice for more than 20 years, and Mrs. Frood worked as a part-time secretary for William Hamilton Plumbing and did the payroll for the Amagansett Farmers Market.

“She was about 95-percent housewife,” her son said, and she loved her routines. He and his father were hunters, and so “every Tuesday we had roasted duck and pheasant, and every Saturday we had the leftovers.”

Mrs. Frood was a member of Most Holy Trinity Catholic Church here and of the South Fork Country Club in Amagansett, “back when it was a nine-hole golf course,” her son said. In addition to the golf and social activities there, she enjoyed bowling once a week in a “ladies’ league.”

In 2000, she and her husband retired and moved to Wilmington, N.C., to get away from the cold. Mr. Frood died in 2010, and shortly afterward Mrs. Frood moved to Legacy Heights Senior Living in Charlotte, N.C.

In addition to her son, Mrs. Frood is survived by three grandchildren, Brett Frood and Jared Frood of Davidson, N.C., and Kristen Colleary of Middletown, Conn., and nine great-grandchildren. A daughter, Lauralee, died in 1992.

A dispersal of Mrs. Frood’s ashes will take place in East Hampton at a later date. Donations have been suggested to the American Society for the Prevention of Cruelty to Animals at aspca.org.