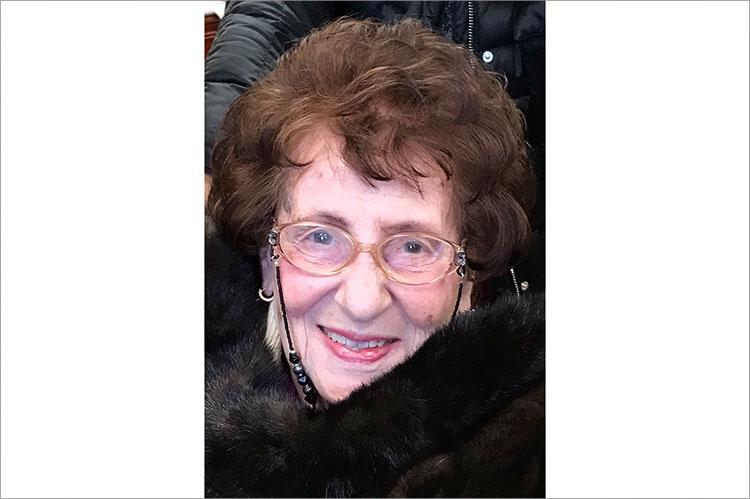 Lucia Margaret Naimoli, known as Lucy to family and friends, died on Aug. 8 at home in Montauk of respiratory failure from complications of Alzheimer's disease. She was 95 and had been ill for three months.

While living in East Meadow, she was active in the PTA and president of East Meadow Senior Citizens. As a member of St. Raphael Parish there, she served on the prayer blanket committee, devoting most of her spare time to sewing prayer blankets for sick and dying parishioners.

She loved spending time with her family and playing mah-jongg with her girlfriends once a week. Singing, drawing, and arts and crafts were favorite pastimes, and her preferred medium was pen and ink, her favorite subject mother and child.

Ms. Naimoli was born in Brooklyn on Feb. 20, 1926, to Michael Silvio Rossetti and the former Giulia Pontillo. She graduated from Girls Commercial High School in Brooklyn, and went on to work at the Salinas Art Gallery, St. Pius X Preparatory Seminary in Uniondale, and as a secretary in the office of the Nassau County district attorney.

Ms. Naimoli was a member of St. Therese of Lisieux Catholic Church in Montauk, where a memorial service was held on Aug. 13, the Rev. Robert Joerger officiating. Burial was at Fort Hill Cemetery in that hamlet.