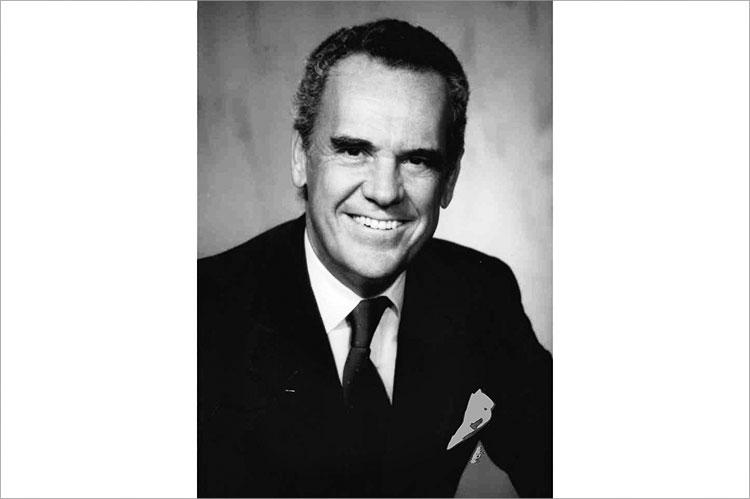 A veteran of the investment banking industry, a past president of the Maidstone Club, and a great sportsman, Carl Menges died on Sept. 8 at home in East Hampton, surrounded by family on a terrace overlooking Hook Pond, which his family said was "his very favorite place." The cause was heart failure after a two-year illness. He was 90 and died just nine days before his 91st birthday.

Mr. Menges was a graduate of Hamilton College in 1951 and of Harvard Business School in 1953. He worked for the Owens Corning Fiber Glass company before being lured to Modell, Roland, and Stone on Wall Street. Known for his "astute business savvy and strict adherence to the ethics of financial investing," his family said, Mr. Menges spent the bulk of his career -- 34 years -- at Donaldson, Lufkin, and Jenrette. Among his achievements there, before his retirement in 2000, were opening the firm's London office, being named vice chairman of the firm, and serving as chief executive of an offshoot of the company known as Wood, Struthers, and Winthrop.

Also passionate about history, Mr. Menges was a lifelong learner who, in his retirement, took courses at Columbia University and Hillsdale College. He was a co-founder of the Alexander Hamilton Institute in Clinton, N.Y., which holds a colloquium on significant themes in American history annually in Mr. Menges's honor. For many years he was a trustee of the New York Historical Society, and rarely missed one of its lectures. In 1985, Mr. Menges established a scholarship for East Hampton High School students who shared his interest. "He followed their college pursuits and career choices, and enjoyed any opportunity to share a meal and spirited discourse with them," his family wrote.

Born on Sept. 17, 1930, in New York City to Hermann Christian Menges and the former Alice Braun, Carl Braun Menges grew up in Pleasantville, N.Y. He graduated from Pleasantville High School in 1947.

He first came to East Hampton in 1958, and in 1962, at a dinner party with friends, he was introduced to Cordelia Sykes. They were married in April 1965, and raised three children together. She survives.

Mr. Menges volunteered with and supported many organizations. He was a life trustee of the Hospital for Special Surgery in New York City, and at Hamilton College, he was vice chairman of the board for a time and a charter and life trustee. He also gave his time to the Greenwall Foundation, the Boys Club of New York, Allen Stevenson School, and others.

He enjoyed golf, skiing, shooting, and playing squash, and traveled the world in his pursuit of his interests. He played on some of the country's best golf courses and was a member of the U.S. Seniors Golf Association. He also loved the New York Yankees and twice attended baseball's Hall of Fame induction ceremonies in Cooperstown, N.Y.

In addition to his wife of 56 years, Mr. Menges leaves three sons, Jake Menges and Sam Menges of West Palm Beach, Fla., and Ben Menges of Baltimore, Md. A sister, Helen McCrea of Medford, Ore., also survives. He leaves five grandchildren, Gardner, Serena, Sophie, Ware, and Greer, and many nieces and nephews, who all adored him, his family said.

A memorial service for Mr. Menges is to be announced in the future. His family has suggested memorial donations to the East Hampton Fire Department or East Hampton Village Ambulance Association, 1 Cedar Street in East Hampton 11937.