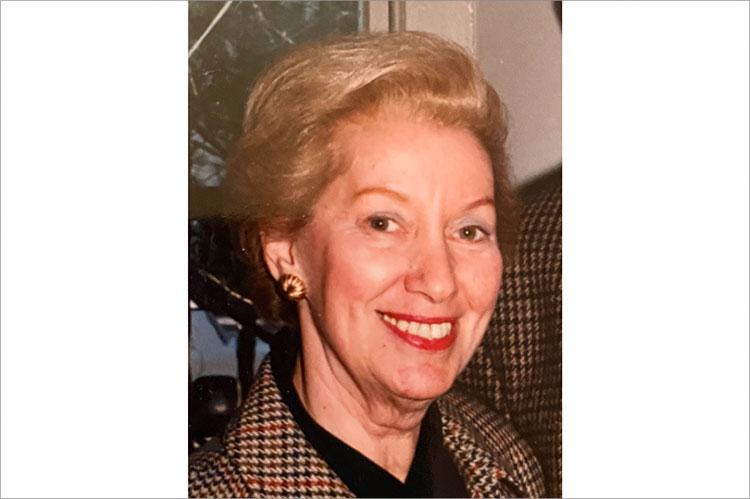 Patricia Taylor Siskind, a part-time resident of Meadow Way in East Hampton Village since 1967, died on Friday in New York City. The cause was cancer. Ms. Siskind, who had been ill for around six months, was 87.

Born in Memphis on April 24, 1934, to Harry Herman Taylor and the former Natalie Cheim, she grew up in Indianapolis and, shorty after World War II, New York City. She earned a bachelor's degree in economics from Wellesley College in Massachusetts.

Living in New York City in the mid-1950s, she met Bernard R. Siskind. They were married on Dec. 20, 1959. The couple spent a few summers in Sag Harbor and East Hampton before buying the house on Meadow Way. Mr. Siskind died in 2014.

A fan of opera, theater, and museums, and a frequent visitor to Guild Hall in East Hampton and Bay Street Theater in Sag Harbor, she also enjoyed traveling, visiting several European countries, India, Japan, Turkey, and Morocco, among other places.

She loved to spend time with family and friends on the village beaches, her family said, particularly Georgica and Wiborg's Beaches. She was able to visit Main Beach in her last weeks.

Her family plans a celebration of her life for family and friends in the autumn, depending on Covid-19 pandemic conditions.