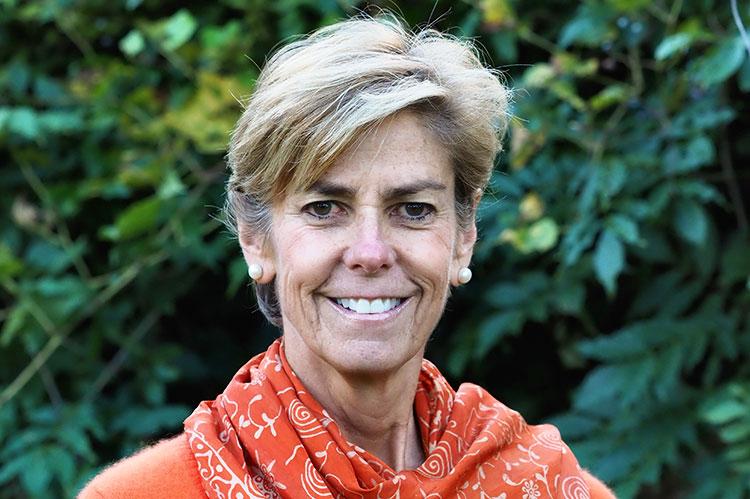 Nancy Nagle Kelley of Springs, a lifelong advocate for land preservation and stewardship on the East End, died on Saturday of complications of multiple system atrophy. She was 65.

Ms. Kelley, who was the director of the Long Island chapter of the Nature Conservancy for over 22 years, "shared an uncommon bond with the lands and waters that she called home," her family wrote.

"Nancy had such a tremendously positive impact on so many people and on the natural environment which she worked tirelessly to protect," East Hampton Town Supervisor Peter Van Scoyoc wrote. "We are all better for the lasting contributions she made to our community and the environment."

"She was there for some of the most significant environmental campaigns of the regions' history and led many of those campaigns. And that was a time when speaking out for the environment was a much tougher sell than it is today," said Robert DeLuca, president of Group for the East End, which Ms. Kelley directed starting in the early 1980s, when it was called Group for the South Fork.

Ms. Kelley began at Group for the South Fork as a staff planner after earning a bachelor's degree from Cornell University in 1977 and a master's degree in city and regional planning from Harvard University's Kennedy School in 1981.

In that role, she often "advocated for restrictions on development to avoid unnecessary suburbanization and for the preservation of open space," her family wrote. She soon succeeded Audrey and Charles Raebeck as the Group's director and led it in fighting development proposals in East Hampton and Southampton and lobbying for land preservation, comprehensive planning, and upzonings.

She was a leader in fights to preserve Hither Woods in Montauk and the Grace Estate and Barcelona Neck in East Hampton, among other battles.

"She's got to be in the top tier of anybody who's made a difference in this region," said Mr. DeLuca, adding that without her advocacy "the overall density of this region would be more than double what it is today."

In the "early and very difficult days of the environmental movement here," Ms. Kelley was a "charismatic, passionate, professional leader, and a 110-percent advocate for her cause, but she was always able to listen to the other side," Mr. DeLuca said.

In the 1980s, Group for the South Fork was "a small startup conservation organization" at a time when people in the environmental field "were a little scrappier," recalled Kevin McDonald, a policy adviser with the Nature Conservancy who was hired by Ms. Kelley to work at the Group in 1982. "Even in my early years with the Group, she always had a presence about her that was businesslike, professional, always higher thinking," said Mr. McDonald, who worked with her for over three decades, first at the Group for the South Fork and later the Nature Conservancy. Ms. Kelley's dealings with people were marked by "this really high order of respect," he said. "She communicated with respect, she managed with respect, she disagreed with people with respect. . . . She would lift the game of everybody else around her, no matter what the issue was."

"She had the ability to work with so many different kinds of people and to be successful at it and to never lose her energy for it," Mr. DeLuca said.

Ms. Kelley was born to George A. Nagle Jr. and the former Helen Pierce on Oct. 8, 1955, in Mineola. The family moved part time to Sammy's Beach in East Hampton when she was 1. She loved the outdoors and the waterways surrounding the South Fork and spent summers here swimming, water-skiing, clamming, and giving swimming lessons while still living year round in Garden City.

She and Christopher Kelley, who lived in Amagansett, met when both were graduate students. He was in law school and she was finishing graduate school. They were married on June 27, 1981, and lived briefly in East Hampton before moving to Springs.

After their two sons, Pierce and Peyton, were born, Ms. Kelley worked briefly as director of the Suffolk Community College Foundation and college development from 1992 to 1994, and then as director of development and governmental relations at Guild Hall in East Hampton from 1994 to 1999.

In 1999 she became director of the Nature Conservancy's Long Island chapter, a role she held until last fall. Under her leadership, the chapter helped raise billions of dollars for land preservation throughout the world, her family said. She lobbied and partnered with state and local governments to preserve tens of thousands of acres of unique Long Island habitats and open spaces, including underwater lands. In recent years, her focus was on protecting water quality and restoring marine habitats in bays and harbors, fisheries, coastal ponds such as Georgica and Wainscott, and Long Island Sound.

Ms. Kelley "worked tirelessly to tackle climate change and raised funding that enabled a generation of bold new ideas to come to fruition," her family wrote.

In the spring, the conservancy's board of trustees recognized her many years of service by dedicating the Sagg Swamp Preserve Trail in Sagaponack in her name and honor.

"She was just a magnificent leader," Mr. DeLuca said.

Mr. McDonald said it had been "a gift" to work with her. "Nancy had that impact on just about everybody she worked with and who worked for her."

Her "loves included sunbathing and swimming at Asparagus Beach, water-skiing and cross-country skiing, hiking, scuba diving, and spending time with her beloved family and friends," her family wrote.

"Her warm smile, grace, and engaging intellect made her a pleasure to be with," Mr. Van Scoyoc said.

Ms. Kelley is survived by her husband, her sons, Pierce Kelley of Los Angeles and Peyton Kelley of Brooklyn, a brother, Bill Nagle of East Hampton, and a sister, Sally Nagle Spencer of San Clemente, Calif.