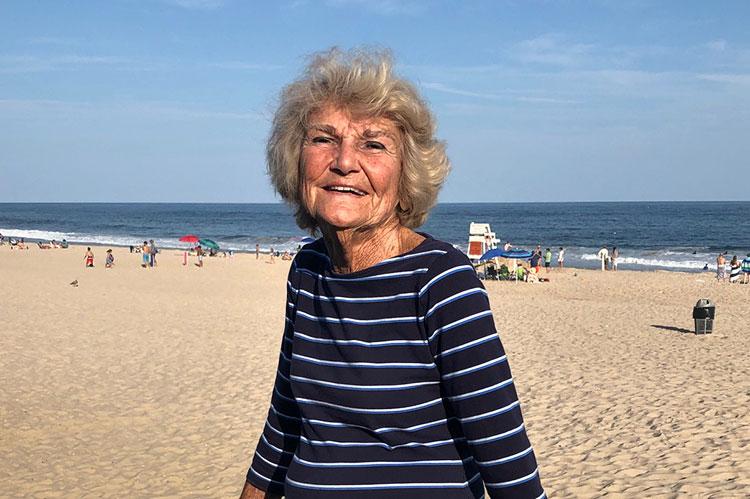 Myrna H. Klein "loved art and culture," her family wrote, and having studied painting and ceramics at the Tyler School of Art at Temple University in Philadelphia, she was a perfect fit for the board of the Friends of Guild Hall in East Hampton, on which she served for many years.

"Her other happy place" was the Pollock-Krasner House and Study Center in Springs, where, her family said, staff called her the "queen of the docents," and she "typically received a round of applause at the end of each tour."

Mrs. Klein, who was 92, died on Aug. 8 at Stony Brook Southampton Hospital. Friends and family described her as "a force of nature," and even her primary care doctor said she "was a warrior," her family said.

She was born in Brooklyn on July 22, 1929, to Albert Menchel and the former Elizabeth Kirshner. She graduated from Erasmus High School in that borough before going on to the Tyler School of Art.

In 1953, she was married to Sam Klein, also from Brooklyn, and four years later the couple moved to Rockland County, where Mrs. Klein volunteered for Meals on Wheels for 30 years, held multiple offices on the PTA, and volunteered with the N.A.A.C.P., Hadassah, and the National Council of Jewish Women. She "participated passionately by supporting social justice programs and progressive causes," her family wrote, and was "a proud Democrat" who supported "equality for all and firmly believed that 'never again means never again for everyone.'"

She received many awards for "her outstanding service, perseverance, and success in improving every organization she has touched," they said.

The Kleins moved to East Hampton in their 60s and spent their final 30 years here, "always humbled" that they got to call it home, their family said. They "participated in it all, from the Trails Preservation Society hikes to their 'daring' attempts at sailing in Sag Harbor."

"Seeing her family thrive was her greatest lifelong achievement," they wrote.

A graveside service at Shaarey Pardes in Springs was led by Rabbi Jaime Klein-Aklepi on Aug. 8. Shiva, led by Rabbi Josh Franklin of the Jewish Center of the Hamptons, followed at Mrs. Klein's house.

Her family has suggested donations to the Jewish Center of the Hamptons, 44 Woods Lane, East Hampton 11937, or Guild Hall, 158 Main Street, East Hampton.