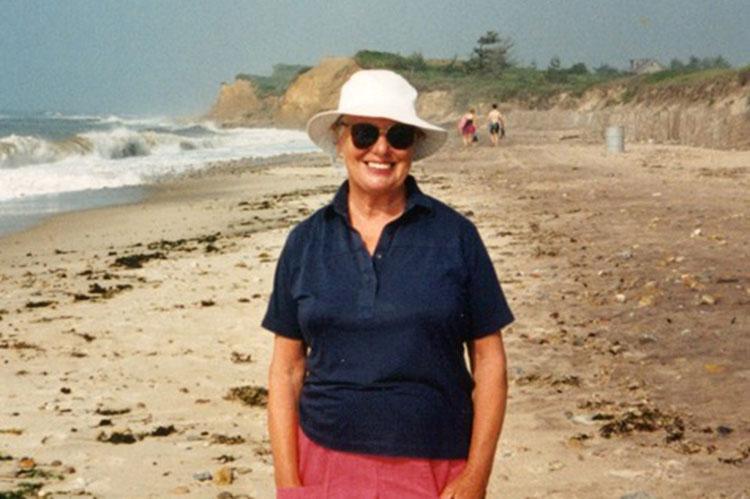 Marion Griffing Arnold, an Amagansett native and elementary school teacher, died on Aug. 16 at an assisted living community in San Antonio. She was 94, and had been ill with Parkinson's disease and Covid-19.

Known to friends as Pat or Patsy, she was born at home on July 26, 1927, in a farmhouse on Old Montauk Highway, to Frank Norton Griffing and the former Marion Skinner, who was a longtime correspondent for The Star. Mrs. Arnold's paternal ancestors were among the earliest settlers of Southold and Shelter Island. She grew up in Amagansett, attended its elementary school, and graduated with honors from East Hampton High School before earning a bachelor's degree in education from New Paltz State Teachers College. She was a member of Kappa Delta Pi, the International Honor Society in Education.

In 1951, she married Edward Henry Arnold at St. Luke's Episcopal Church in East Hampton. She was a teacher at the Tri-Valley School in Grahamsville, N.Y., and in Adak, Alaska, where her husband was stationed while serving in the Navy during the Korean War. The couple settled in Kinderhook, N.Y., in 1955, and lived there until shortly before Mr. Arnold's death in 2019.

As a child, Patsy Griffing had been a member of Amagansett's Girl Scout troop, and later a volunteer for the organization and a den leader for the Boy Scouts. She also volunteered for the American Cancer Society and the Columbia Memorial Hospital Auxiliary in Hudson, N.Y., and was a member of the Kinderhook Reformed Church.

She was known for her cooking, and was an expert seamstress and gardener as well, the family said. She loved to travel, read, keep up with the news, sing, play the piano, paint, take photographs, collect antiques, hike in the Catskills, walk on the beach, and "follow the horses at the Saratoga Race Course."

The family will receive visitors on Sept. 24 from 4 to 6 p.m. at Raymond E. Bond Funeral Home in Valatie, N.Y. The Rev. Rudolph Vesser will officiate at funeral services on Sept. 25, at 1 p.m. at Kinderhook Reformed Church, followed by burial in the church cemetery.