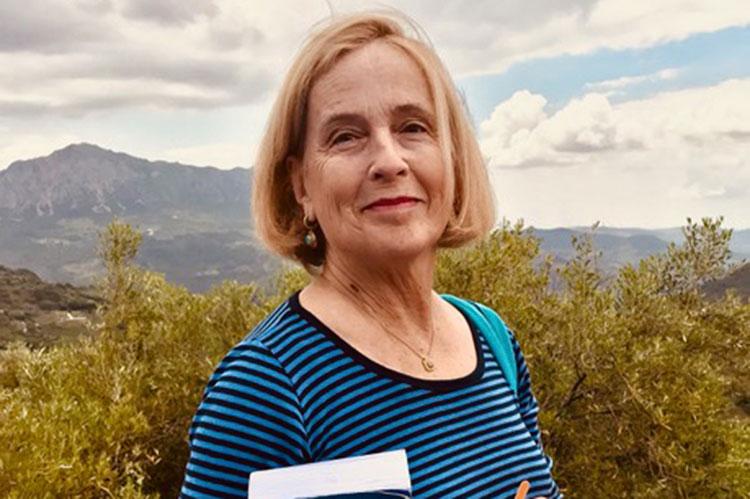 Lula Blackwell-Hafner, who pivoted from a career as a dancer to one in landscape design, died of cancer on Aug. 10 at home in Kingston, N.Y. Once of Springs, she was 74.

Ms. Blackwell-Hafner earned a bachelor's degree at Hollins College in Roanoke, Va., and then moved to New York City to study dance with Merce Cunningham. After receiving a master's degree in dance from Columbia University, she taught dance at Hamilton College in Clinton, N.Y.

After her marriage to Daniel Hafner and the birth of her daughter, Rebecca Blackwell-Hafner, her career focus turned to garden design. She earned a master's degree in landscape architecture from the University of Pennsylvania in 1993, moved to Brooklyn, and joined the firm of Donna Walcavage Landscape Architecture and Urban Design, where she worked for many years.

She was a senior project manager and senior associate on, among others, the Bush Terminal Piers Park, the Flatbush Avenue median strip, and the Cortelyou Road streetscape, all in Brooklyn.

Ms. Blackwell-Hafner never walked away from a challenge, according to her family, and many of her challenges revolved around her homes. At one point she lived in a geodesic dome in upstate New York, and at her co-op on Clinton Street in Brooklyn she served as secretary, treasurer, superintendent, and general contractor.

She bought a house in Springs in the early 2000s and renovated it extensively, shingling the exterior herself on scaffolding she set up. Her family said she loved sunsets at the jetty, beach fires at Maidstone Park, and obsessively tending her garden. They characterized her as funny, hard-working, opinionated, generous, a gracious host, and a loyal friend.

Ms. Blackwell-Hafner was born on Jan. 16, 1947, in Birmingham, Ala., to William Clifford Blackwell and the former Lula Rose Turlington. She grew up in Birmingham and in Roanoke.

In addition to her daughter, who lives in Kingston, she is survived by a sister, Frances B. Robinson of Birmingham, two brothers, William C. Blackwell Jr. of Harvard, Mass., and Lee T. Blackwell of Cabot, Vt., a grandson, Declan Blackwell Rice, and her cousins Olivia M. Ludington, Laurie M. Allen, and Carolyn J. Miller. Her marriage ended in divorce; her ex-husband also survives.

There will be celebrations of her life in East Hampton and in Birmingham, both at later dates.