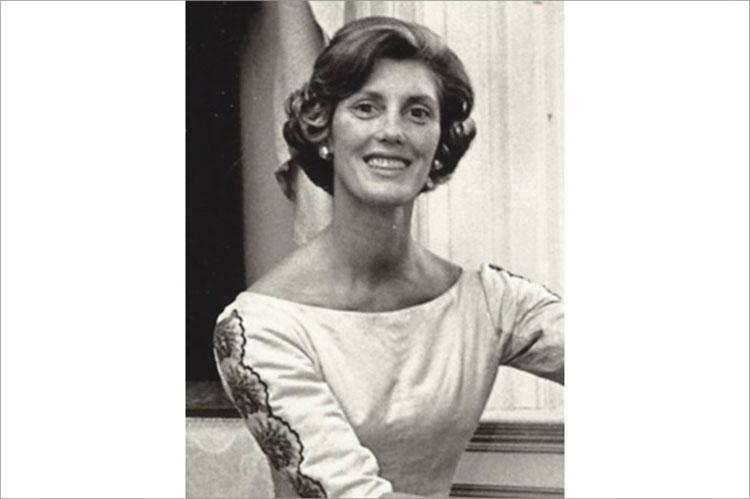 Jean Washburn Clarke of East Hampton Village and Amagansett died of cardiorespiratory failure on July 9 at Peconic Landing in Greenport. Mrs. Clarke was 96 and had been ill for three months.

A member of both the Maidstone Club and the Devon Yacht Club, Mrs. Clarke was a lifelong lover of sports and the outdoors, especially tennis, golf, and horseback riding.

After her schooling, she went to work for the fashion entrepreneur Hattie Carnegie in New York. A fashion aficionado, she often filled in when Carnegie's models failed to appear.

Her family visited East Hampton for the first time in 1945, and built their first house here in 1948.
Mrs. Clarke and Richard S. Jackson, who was president and co-publisher of The New Haven Register, were married in 1956. In her husband's vast library at their house in Hamden, Conn., she discovered details of George Washington's herb garden at Mount Vernon, Va. She set about to recreate it on a smaller scale, adding gardening to her interests. The couple also shared a house in Devon with Mr. Jackson's daughters, Rosemary, who was called Posy, and Helene, who was known as Danny.

Mr. Jackson died in 1974. The following year, Mrs. Clarke married Lawrence I. Clarke of Rumson, N.J., and Amagansett, and began a new life of boating, at Devon in the summer, traveling the Inland Waterway to Florida in the fall, and at the Key Largo Anglers Club in Florida in the winter.

Although she enjoyed her time on the water, the Clarkes eventually moved back to her house in East Hampton. She was especially fond of her time at Devon and never failed to remind relatives that "she was the wife of two commodores," her family said. She was also a volunteer for the Ladies Village Improvement Society here for many years.

Mr. Clarke died in 1988. After his death, Mrs. Clarke's companion, Oliver Moore, lured her to the Wyndemere Country Club in Naples, Fla., where she spent many of her later years. She traveled to Italy, Bali, Hawaii, and many other faraway lands, but her heart always remained in East Hampton, her family said.

She was born Jean Washburn on May 9, 1925, in New York City to Ira H. Washburn Sr. and the former Ida Wuertz. Her family moved from Manhattan to Greenwich, Conn., where she attended Greenwich Academy. She graduated from Oldfields School, a college preparatory school for girls in Sparks Glencoe, Md.