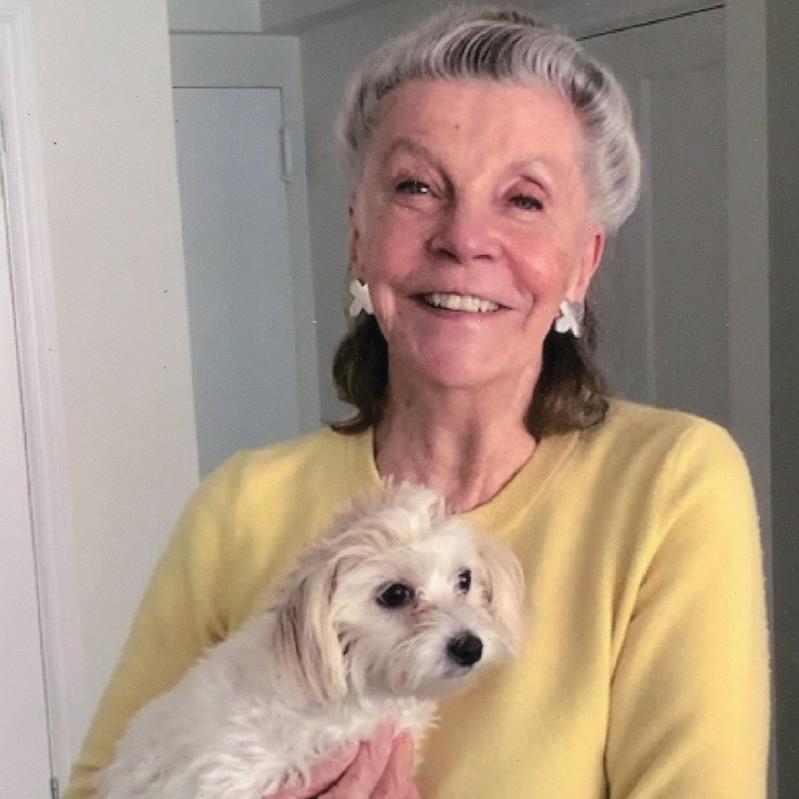 Mary Patricia Robert died on June 18 at home on Egypt Lane in East Hampton, surrounded by family, friends, and her dog, Peaches. She was 87 and had been ill for three weeks.

Ms. Robert’s life was marked by a sense of adventure, a passion for the arts, and a commitment to institutions and causes she believed in, her family said. She was a trustee emeritus of International House at Columbia University, a nonprofit residence for postgraduate students, scholars, and interns from the United States and around the world. Locally, she was an active member of the East Hampton Ladies Village Improvement Society and the Garden Club.

A docent at the Metropolitan Museum of Art for 20 years, Ms. Robert was particularly interested in the artists of the New York School. She was delighted to be introduced by a friend to Willem de Kooning at his Springs studio.

“Patricia always enjoyed a gentle shake of the tree,” her family said. She ran a benefit for International House that included a production of “Jesus Christ Superstar,” even though she was a practicing Catholic; some people had objected to the play’s suggestion of a physical relationship between Jesus and Mary Magdalene.

To the consternation of parents, she screened “I Love You, Alice B. Toklas,” which included a scene of pot-smoking, for the sixth birthday party of one of her children. Her family said her open mind and sense of humor were among her best qualities. Not only that: “She could also re-wire a lamp, wallpaper a room, [refurbish] antique furniture, and change a carburetor.”

Ms. Robert was born in Paris on July 12, 1933, to Richard Ashton Hutchinson and the former Mary Kennedy. Her father worked in international sales for the Studebaker Corporation, and later wooed the designer Raymond Loewy to the company. She spent her early years in France and Belgium before moving to the United States on the eve of World War II. She and her siblings lived with a grandmother in San Francisco until her parents relocated from Europe to South Bend, Ind., where Studebaker was headquartered.

After attending the Ethel Walker School in Simsbury, Conn., she graduated from Briarcliff College in Briarcliff Manor, N.Y. Her early years abroad had an impact on her later life, the family said, including her decision to marry Yves Robert, a Frenchman whom she met in 1955.

They were married on Aug. 10, 1957, by the Rev. Theodore Martin Hesburgh, the president of Notre Dame University and a close family friend. They raised their children in New York City and East Hampton.

Traveling played a big role in the couple’s lives. They were among the first Westerners to visit mainland China in the early 1970s, and among the last to travel to Syria. After their children were grown, the Roberts lived in London for 14 years before returning to New York in 2008. Mr. Robert died in December 2018.

Three children, Marc Robert of Bronxville, N.Y., and Shelter Island, and Christina and Michel Robert, both of London, survive, as do eight grandchildren.

A Mass will be held at 5 p.m. on Aug. 10 at Most Holy Trinity Catholic Church here, the Rev. Ryan Creamer presiding. Memorial donations have been suggested to the East Hampton Food Pantry, 159 Pantigo Road, 11937, online at easthamptonfoodpantry.org.