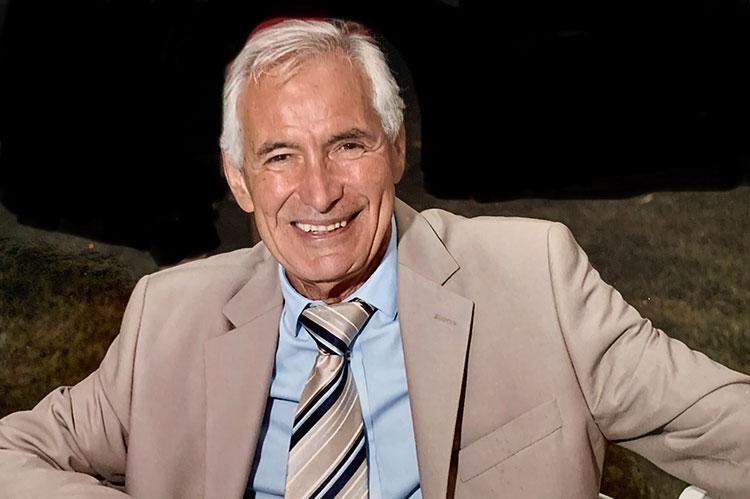 As an engineer, sales manager, photographer, and writer, Marcel Bally's journey in life took him from his home country of Switzerland to Canada, the United States, and several other international destinations. Over the years, he amassed a large portfolio of black-and-white photographs, many of which have been exhibited in shows on the East End.

The East Hampton and Smith Point resident died on May 22 at the Kanas Center for Hospice Care in Westhampton Beach, with Arlene Bujese, his partner of 30 years, by his side. Mr. Bally was 81.

Marcel Andre Bally was born in Zurich on Jan. 3, 1940, to William Bally and the former Rose Claire Novet. After serving in the Swiss Army, he left the country in search of opportunity abroad. With knowledge of three languages — though not much English — Mr. Bally moved from Switzerland to Canada, where he eventually earned a certificate in English and citizenship.

He arrived in the U.S. in 1971, bound for Ohio, enrolling in the University of Dayton's Science and Engineering Center. In 1981, he married Gertrude Charles; they had a son, Andre Marcel Bally, who lives in Singapore.

He worked as a design engineer and sales manager for several companies, including Chrysler, Fedders, and, most recently, the U.S. division of Bystronic. Over the course of his career, he lived for a time in the Middle East, Asia, and Africa, immersing himself in his surroundings, which inspired his photography.

Locally, he took part in many fund-raising 5K races to support various nonprofit organizations, and was a contributor to the annual Box Art Benefit for East End Hospice. His last work of art for the benefit will be included in its event in August. Mr. Bally was also a member of Marijane Meaker's writing group, presenting short stories on Saturday evenings at Canio's Books in Sag Harbor.

A brother, Roland Bally, died before him. A private memorial service will take place at a future date. Ms. Bujese expressed gratitude to the Brockett Funeral Home for its care and to the staff and volunteers of the Kanas Center for Hospice Care, which provided "an atmosphere of peace, grace, and tranquillity for our beloved Marcel." Memorial donations may be directed to East End Hospice, P.O. Box 1048, Westhampton Beach 11978.

This obituary has been updated to correct Mr. Bally's partnership with Ms. Bujese and his citizenship information.