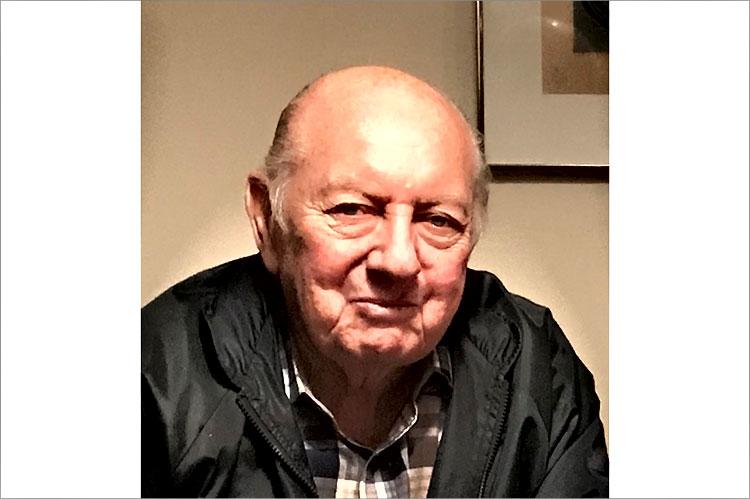 Irving Markowitz, a founding member of the Jewish Center of the Hamptons who served as its president and on its board of directors, died on May 14 in Rockville, Md. He was 94.

A longtime civic leader and businessman, Mr. Markowitz lived in East Hampton Village from 1956 to 1999. He served as chairman of its zoning board of appeals for 18 years, as vice chairman of Guild Hall's board of directors, and as a director on boards including those of the First National Bank of East Hampton, the Southampton Lumber Corporation, and the Southampton Hospital Quarterback Club, which he co-chaired. He was also president of the New York State Society of Certified Public Accountants.

Mr. Markowitz dedicated many years to East Hampton's youth as a Little League coach and umpire, and volunteered at the Ladies Village Improvement Society's Annual Summer Fair and for emergency medical services. He was a member of the East Hampton Lions Club and the Veterans of Foreign Wars auxiliary post.

Irving Markowitz was born in Brooklyn on Oct. 1, 1926, to Philip Markowitz and the former Clara Yankowitz, immigrants from Romania. He grew up in Brooklyn, where he attended Lincoln High School. He enlisted in the Navy just before his 18th birthday, serving as a navigator during World War II, from 1943 through 1946. A proud veteran, he wore his Navy cap most days, his family said. He graduated from City College of New York before starting his career as a certified public accountant.

The couple moved from Brooklyn to East Hampton in 1956. They bought a house on Meadow Way the following year, and there they reared their three children. Mr. Markowitz joined Bernard Zeldin to establish the accounting firm of Markowitz and Zeldin. He later formed another accounting firm with Walter Preische and Dale Stevens as partners. It would expand to three locations on the East End. Mr. Markowitz retired in 1990.

He was devoted to building a Jewish community in East Hampton, his family said, and continued a deep engagement in Jewish life when he and his wife retired to Palm Beach Gardens, Fla.

A family service with burial was held on May 18 at Shaarey Pardes Accabonac Grove Cemetery in Springs, Rabbi Debra Stein of the Jewish Center of the Hamptons officiating.

Mr. Markowitz will be remembered for his sense of humor and warmth, his family said, and as a man of deep integrity, honesty, compassion, and generosity who dedicated his time and talent to provide the best possible life for his family, serve his community, and demonstrate the finest qualities of a mensch.

His family has suggested memorial contributions to the Jewish Social Service Agency at jssa.org, Rabbi Stein's discretionary fund at the Jewish Center of the Hamptons at jcoh.org, or the Jewish War Veterans of the United States of America at jwv.org.