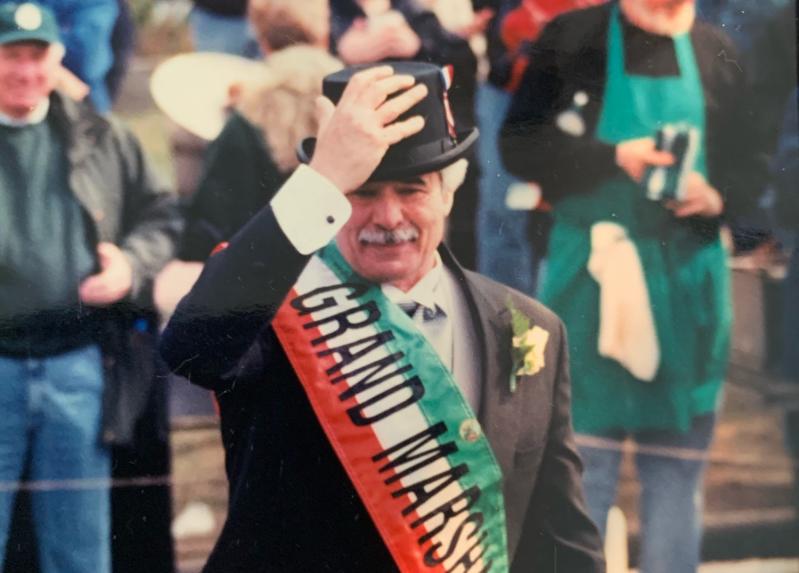 Michael J. Finazzo, a versatile Montauker who pushed for affordable housing when he was an East Hampton Town councilman in the early 1980s, sold insurance, captained sportfishing boats, and coordinated for 20 years the hamlet's popular St. Patrick's Day parade, died in Boca Raton, Fla., on April 15 at the age of 72.

The cause of death was complications from lung cancer, his son Max Finazzo of McLean, Va., said Tuesday.

Mr. Finazzo was born in Brooklyn on July 31, 1948, the son of Michael Angelo and Rose Calderone Finazzo, and, after attending Xavier High School in New York City, moved to Montauk where his parents had a summer house in Culloden Shores. He studied marine biology at Southampton College.

He and his first wife, Rori, raised three sons, Max, Nicholas, and Stephan, in Montauk, where he began a long association with Montauk Youth and Montauk's Little League organization. "I totally enjoyed it," he said in a Star interview in 2002. "It was fun to watch the little kids I coached grow up."

The young people of the town were an abiding interest of his, the town's most important resource to his mind, and he worked as the head of the town board's housing committee to provide young families with affordable places to live at Camp Hero in Montauk, Whalebone Woods in East Hampton, and in accessory apartments that were allowed in certain single-family dwellings.

His work with the Friends of Erin's annual parade, a rite of spring that grew greatly in terms of participation and attendance during his tenure, was largely behind the scenes, though in 2002 he was its 40th grand marshal.

When asked to lead the parade, he was "shocked and honored," Mr. Finazzo said at the time, knowing, he said, how many people worthy of the honor there were in Montauk.

A Republican, he served on the town board from 1981 to 1985, chairing its housing committee and harbors and docks committee.

"The lack of affordable housing is probably the greatest problem townwide," he said in an "Across the Board" column he wrote for The Star at the time. In another, in June of 1985, he said his decision not to run to succeed himself was owing "strictly [to] personal and family reasons. . . . I have three young sons with no time for them. Therefore, a choice had to be made. It wasn't easy; however, I think it was right."

About 20 years ago, Mr. Finazzo moved to Boca Raton where he continued to captain sportfishing boats and where he worked in real estate. Nancy Froio Finazzo, to whom he was married there in 2002, said her husband "loved the water."

She survives him, as do his sons, Max Finazzo, Nick Finazzo of Montauk, and Stephan Finazzo of Port Washington and Montauk, and a stepson, Michael Froio, of Boca Raton. He also leaves six grandchildren.

A ceremony at sea and a ceremony at Fort Hill Cemetery, which Mr. Finazzo helped to create, will be held on June 19.