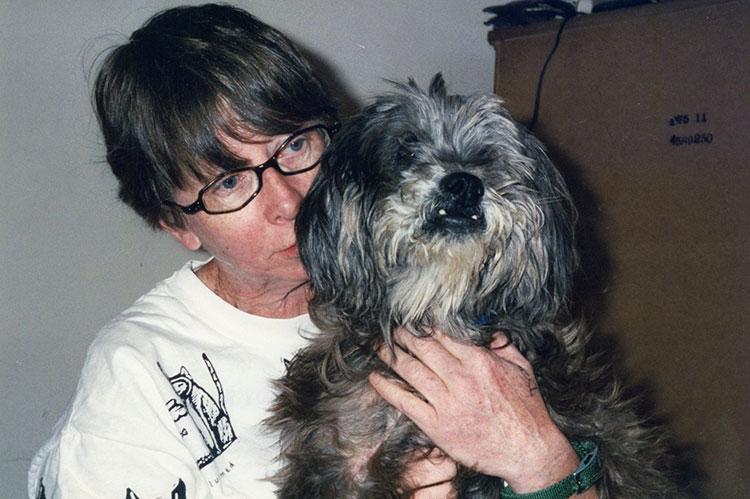 As the founder of Elsa's Ark Inc. in 1998, Pat Lillis of East Hampton devoted her life to rescuing and caring for every kind of animal, most often cats, chickens, rabbits, dogs, and horses. In a December 2012 letter to The Star opposing the culling of deer here, Ms. Lillis reported that at least 20 people each day would call the nonprofit organization to take custody of their unwanted pets.

Ms. Lillis died at home in East Hampton on April 23, having had cancer for several years. She was 70.

She was born Mary Patricia Lillis in County Clare, Ireland, on Jan. 12, 1951, to Joseph Lillis and the former Elizabeth O'Doherty, who was known as Elsa and who fostered a love of animals in her daughter. The family homestead was called Elsa's Ark, which became the namesake for Ms. Lillis's organization many years later.

Ms. Lillis attended the Colaiste Mhuire School for Girls in Bruff and the Ling College of Physical Education in Dublin. She taught physical education at the Bower School for Girls, the Bruff School for Girls, and St. Joseph's School. She emigrated to the United States and eventually settled here in 1988.

In East Hampton, Ms. Lillis started a catering, property management, and house cleaning business and also gave swimming lessons. Her home country of Ireland remained in her heart. In August of 1990, declaring herself "one of those rare non-musical Irish," according to The Star, Ms. Lillis organized a celebration of Irish arts and music at the Art Barge and invited all Irish newcomers and those who appreciated the culture. The festivities were said to have gone "into the wee hours."

"When they get together, they don't stop — they're in it for the love of the music," Ms. Lillis told The Star at the time.

Ms. Lillis, who did not marry, loved the outdoors. In her youth, she kayaked, played badminton, and went spelunking. A generous and inspirational person, she was known to help neighbors and acquaintances who were in need. Caring for "the downtrodden and the despised" was in her nature, "whether human or animal — the limping feral cat, the veteran with P.T.S.D., the nest of mice from a couch at the dump, the poisoned pigeon," friends wrote.

In 2012, Ms. Lillis told The Sag Harbor Express that she believed "everyone should be looked after. . . . If you see something that has to be done, it's your civic duty to do it."

A brother, Francis Lillis, died in Ireland before her. Ms. Lillis was cremated, and her ashes will be interred at the family plot in County Clare. In addition to many cousins and friends, her survivors are the animals in the care of Elsa's Ark, which will continue her life's work. No services have been planned at this time. Memorial donations have been suggested to Elsa's Ark Inc., P.O. Box 2900, East Hampton 11937, or to an animal rescue charity of choice.