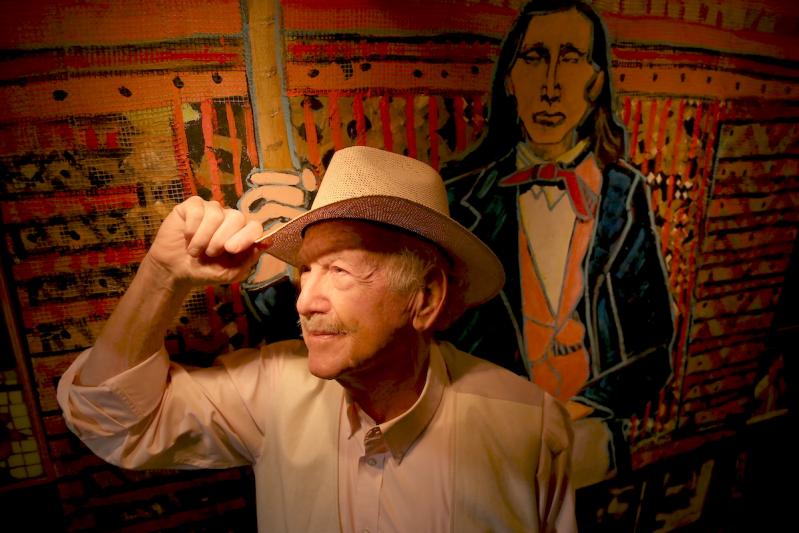 Glenn Feit Sr., an international corporate attorney, pilot, sailor, and veteran, enjoyed a remarkable "second act" after taking up the guitar around the time of his 80th birthday. The Bridgehampton and Manhattan resident became one of the most recognized and beloved among the numerous musicians who call the South Fork home. Throughout his ninth decade, he performed at most of the live-music venues from Montauk to Riverhead, from open mike nights in dark bars to the floodlit stages at Guild Hall and the Suffolk Theater, and recorded two albums at MonkMusic Studios in East Hampton.

"Glenn was clearly our eldest student of life and music," said Cynthia Daniels, the Grammy Award-winning producer who owns MonkMusic, "and most revered not for that fact but for the grace of his exuberance. These are two qualities not often seen together, but he lived his life with an ease and honesty, with deep curiosity and strong moral compass, that most who met him were quite simply awestruck."

Mr. Feit died of natural causes, his family said, on March 6 in Manhattan. He was 91.

In a 2015 profile in The Star, Mr. Feit recalled the anxiety that briefly turned to terror in the moments leading up to a performance at Crossroads Music, a shop then at Amagansett Square. "It's enough to take a bar exam," said the partner in the international law firm Proskauer Rose L.L.P., which he joined in 1989. "It's enough to speak before hundreds of people in court. I'm a pilot, and I've done all kinds of tests and so on." But as Ms. Daniels prepared to record the performance for later broadcast, "My hand literally began to shake," he said. "I have never even come close to being as nervous as I was that night for the radio show."

He overcame the butterflies, however, and the night was a success, leading to subsequent performances and recording sessions and landing Mr. Feit and his wife, Barberi Paull Feit, at the center of a new circle of friends.

"It was impossible not to notice the gorgeous, smitten couple holding court at the best table in the room," Lynn Blumenfeld, a Montauk singer, recalled. "She, with flowing tresses and the height and carriage of a woman who'd graced magazine covers a few decades ago. He, completely engaged and articulate."

Glenn Feit was born in New Jersey on Oct. 16, 1929. He grew up there before serving as an ensign in the Navy during the Korean War. He attended the University of Pennsylvania, where he was quarterback of the football team, before going on to Harvard Law School, where he was editor of the Harvard Law Review.

His first position as an attorney was at the law firm of Cravath, Swaine & Moore. As an international corporate attorney, he lived abroad for periods of time, but New York was his home.

With Proskauer Rose L.L.P., he was the principal lawyer for the Charterhouse Group, according to a statement from the firm, as well as an array of industries from pharmaceuticals to telecommunications and from textiles to battery manufacturing, ranging in size from large public companies to start-ups funded with venture capital.

Fascinated by airplanes, he began flying at 16. He owned several aircraft, and earned an airline transport pilot certificate, the highest level of aircraft pilot certificate. He also built three-quarter-scale model airplanes, which he flew with a group of men with the same passion. Some were radio-controlled models, some were gliders, and one was a three-quarter-scale replica of his own Republic Seabee, an amphibious aircraft.

Boats and yachting were also a passion. A member of the New York Yacht Club, Mr. Feit sailed and raced yachts, including his own Stingray. With his wife, whom he married in 1975, he owned and raced Starfire, one of the first members of Halsey's Marina on Three Mile Harbor. With Starfire, he was the racing champion of eastern Long Island in the 1980s. In the 1990s, the couple acquired The Grand Lady, a 50-foot trawler on which they traveled the Intracoastal Waterway 13 times, often leaving the vessel in Florida to spend time on during the winter.

But Mr. Feit will be principally remembered on the South Fork for his music. "His beautiful and devoted wife of almost 50 years told me that learning, performing, and recording music, both solo and with his friends, made Glenn the happiest he had ever been in his life," Ms. Daniels said. "And for a renaissance man such as he, this was a life mined of all the bounty and joy one could find."

His family is planning a private memorial service.