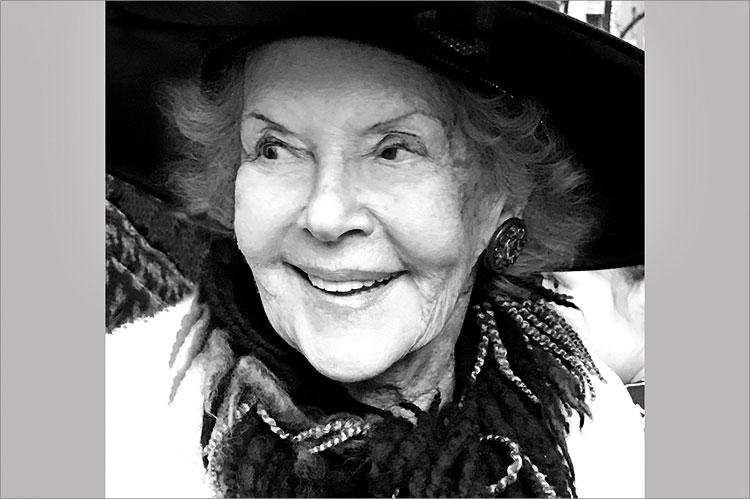 Sylvia Chavkin, the founder and organizer of the Poetry Marathon at the East Hampton Town Marine Museum in Amagansett, died at home in Manhattan on Jan. 27 at the age of 95. The cause was Covid-19.

A lifelong lover of poetry, Ms. Chavkin started the Poetry Marathon in 1995 with Bebe Antell and directed it for 20 years. Each of the free Sunday afternoon readings, held under the auspices of the East Hampton Historical Society, featured two esteemed poets, many of whom read for standing-room-only audiences. Among the participants over the years were Carol Muske-Dukes, Fran Castan, Lynne Sharon Schwartz, Star Black, Simon Perchik, and Grace Schulman.

Ms. Chavkin was born in the Bronx on May 29, 1925, to Hyman Inzelberg and the former Rose Schlessinger. She grew up in the Bronx and went on to earn a bachelor's degree in literature and a master's degree in early childhood education, both from Hunter College.

"She was an actress in her youth, and once starred in a play opposite Sidney Poitier," said her daughter, Wendy Chavkin.

She worked for many years as a preschool teacher at the William Woodward Jr. Nursery School in Manhattan and trained as a parenting adviser at the Early Childhood Developmental Center at New York Medical College.

She married Samuel Chavkin, a writer and foreign correspondent, on March 24, 1948. "She was a loyal supporter of my father and many others when he was blacklisted during the McCarthy period," her daughter said. The couple divided their time between New York City and Amagansett, where they bought a house in 1963. Mr. Chavkin died in 1994.

Ms. Chavkin was active in Amagansett, where she did readings for children at the public library for many years. She was also a lifelong advocate for peace and social justice. "She took part in many demonstrations for peace held on the East End," said her daughter, and she was arrested in her 70s with a group of older women for participating in a nonviolent protest against the 1999 police shooting of Amadou Diallo.

She joined the Women's Strike for Peace in the 1950s and the Congress for Racial Equality and the Southern Christian Leadership Conference in the 1960s. She was also an advocate for children's rights.

"Sylvia profoundly enjoyed being a mother and grandmother," said her daughter. "She was a loyal friend to many, and loved the ocean, observing and engaging with children, the theater, parties, wild costume jewelry, and fun."

In addition to her daughter, who is a physician and professor in New York City, Dr. Chavkin's partner, Nicholas Freudenberg, and a grandchild, Sasha Chavkin, survive.

A memorial will be held later this year when the pandemic permits. Donations "in Sylvia's spirit" have been suggested to the Refugee and Immigrant Center for Education and Legal Services at raicestexas.org, or Urban Word NYC, which champions the voices of New York City youth, at urbanwordnyc.org.