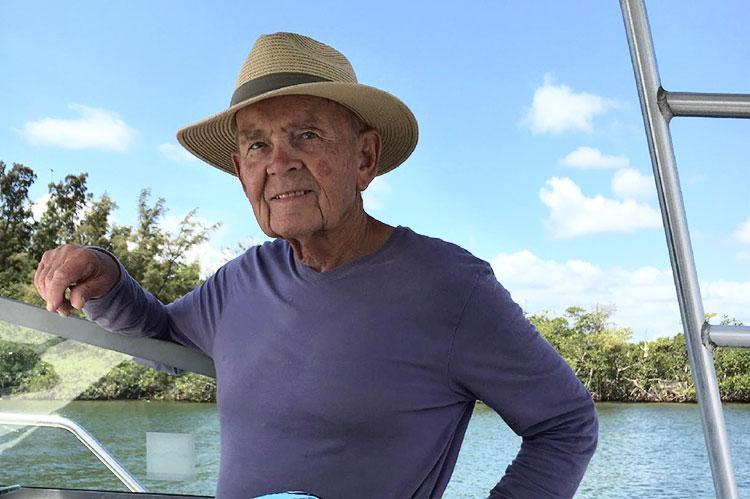 Over the years, Conrad R. Peterson worked his way up from an apprenticeship to become a master electrician. Known to his family and friends as Sonny, he could also fix just about anything else, from washing machines to screen doors.

The former Montauk resident died of cardiac arrest in his sleep on Jan. 2 at home in Jupiter, Fla., where he had been living for the last 10 years. He was 84.

Mr. Peterson was a veteran of the Navy, where he was a fireman first class. A religious man, he devoted himself to "being of service to God," his family said.

In 1960, Mr. Peterson married Genie Houseknecht. They later moved to Washington State and celebrated 50 years of marriage before she died in 2010. That year, he moved to Jupiter to be with his family.

He was known as a clever and generous man who loved unconditionally and "lit up a room when he arrived," his family said. Never did a bad word escape his lips, they said. A loving husband, brother, and uncle, he "was available to anyone, and treated everyone like family." In his spare time, he enjoyed fishing, boating, golfing, and playing bridge.

His family has suggested memorial donations to the American Heart Association, online at heart.org.