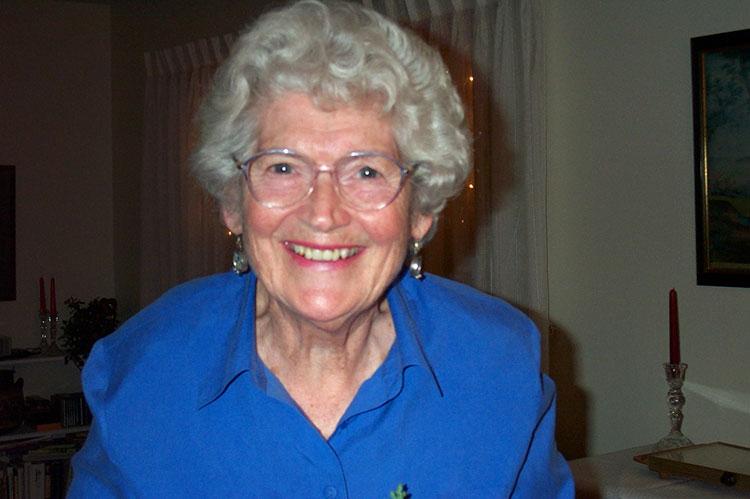 Teresa Harrington, an outgoing and well-loved ambassador for all things Montauk who worked at Gosman's restaurant for more than 50 years, died on Feb. 14 at Stony Brook Southampton Hospital. The cause was heart failure. Ms. Harrington, who was 97, had fallen several days before her death.

Throughout her life and whatever the task, Ms. Harrington worked hard and worked well, said her daughter, Lynn Shavelson of Chester, N.J. A descendant of generations of tailors in the west of Ireland, she was an accomplished seamstress who loved arts and crafts. She was also a skilled furniture refinisher and upholsterer of antique furniture.

Teresa Harrington was born to Hugh Harrington and the former Margaret Shannon on July 24, 1923, in Cloonkerin, in Ireland's County Roscommon. She grew up there, and emigrated to the United States in 1949. She lived with an aunt in Newark for a short time before coming to Montauk, where her sister, Mary Gosman, lived. Mary had left Cloonkerin for America in 1927, at age 17.

Ms. Harrington briefly worked at the Montauk Yacht Club before moving to Gosman's restaurant, founded by her sister and her brother-in-law, Rob Gosman. She worked at Gosman's for 53 seasons, finally retiring at age 86.

"I remember Gosman's when it was a small shack," she told The Star in 2018. "We used to be up at the crack of dawn and cook breakfast for the fishermen that were all docked in front." Montauk, at the time, "was a wilderness," she said. "It was beautiful."

One fisherman on the dock was James Sarno, a Cutchogue native who commandeered a boat for the Hudson Wire Company in Tarrytown, N.Y. He and Ms. Harrington married in 1953. The couple had a winter residence in West Palm Beach, Fla., and often sailed between Montauk and Florida and throughout the Bahamas.

She loved everything about space exploration, and with Mr. Sarno attended launches of the Project Mercury spaceflight program at Cape Canaveral, Fla. She was an ardent stargazer and always said she envied young people who would have an opportunity to travel to space and see Earth from afar. She was also passionate about the preservation of natural landscapes.

Along with her daughter, Ms. Harrington is survived by her son-in-law, Michael Shavelson of Chester, and dozens of nieces and nephews spread across five countries.

Ms. Harrington was cremated, and her ashes will be buried at Fort Hill Cemetery in Montauk. A celebration of her life is planned for later this year.

Memorial contributions have been suggested to the Montauk Library, at montauklibrary.org/friends/donate.