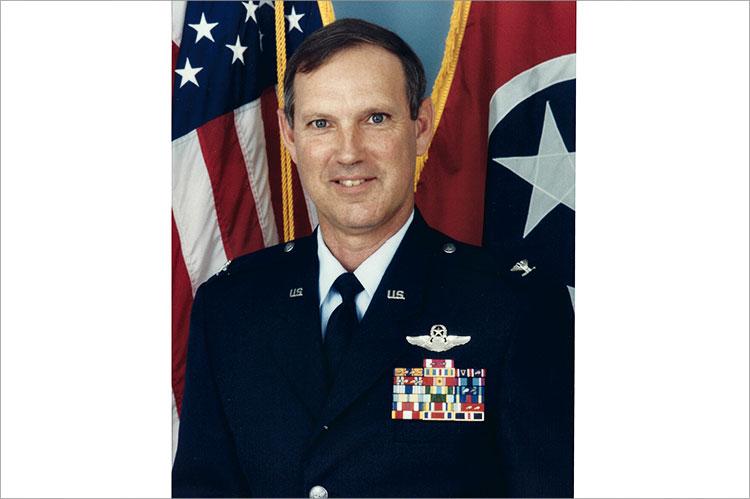 Elwyn Richard Harris Jr., an East Hampton native whose career as a pilot spanned 36 years in the Air Force and the Air National Guard, died on Jan. 23 at home in Brentwood, Tenn. His family was with him. He was 73 and had been ill with cancer for five years.

During the course of his career, which began with his commissioning in 1969, Colonel Harris, known to family and friends as Rich, logged more than 8,000 flying hours and served deployments in the Far East, Europe, Central and South America, and Alaska. A Vietnam War veteran, he worked as an instructor pilot, a C-130 transport aircraft commander, and a computer systems analyst.

Colonel Harris was born on Aug. 23, 1947, in Southampton to Elwyn Richard Harris and the former Elizabeth Ophelia Bass. He grew up in Springs, attended East Hampton High School, and graduated from Baker University in Baldwin City, Kan., with a bachelor's degree in mathematics in 1969.

While in pilot training at Randolph Air Force Base in San Antonio, he met Deborah Davis, and they were married on Jan. 16, 1971. Colonel and Mrs. Harris, who survives, "embraced life together as they relocated many times in the States and the Far East," said their daughter Heather Harris.

Colonel Harris had always wanted to live in Tennessee, where his mother grew up. In 1980, when he had an opportunity to leave active duty in the Air Force, he joined the Tennessee Air National Guard as a pilot with the 105th Tactical Airlift Squadron. He served as base wing commander of the 118th Airlift Wing from 1998 until his retirement in 2006.

Living in Tennessee enabled him to fulfill his dream of becoming a farmer. "When he wasn't wearing a flight suit, he was quick to put on his jeans and work boots to tend to his garden, chickens, or other projects such as helping friends and neighbors with their cars, home repair and renovations, or building his wife a pottery studio," his daughter said.

A Bonacker at heart, according to his family, Colonel Harris spent the last few years restoring his family home and "creating a place of rest, community, and rejuvenation in Springs. He loved the natural beauty of the East End," was a member of Quail Hill Farm in Amagansett, and supported farmers and land preservation.

He was a founding elder at the Gate Church in Franklin, Tenn. "His passion was to care and provide for others," said his daughter. "He will always be remembered for his kindness, humility, quiet confidence, quick laugh, and joy in serving those around him. He was a man of faith, hope, humor, and a loving husband, father, and grandfather."

In addition to his wife and daughter Heather, who lives in Nashville, he is survived by his children Brooke Thompson of Spring Hill, Tenn., Amy Harris of Brentwood, Micah Harris of Franklin, and Anna Harris of Vanuatu in the South Pacific. Seven grandchildren, Jonathan, Katherine, David, Grace, Timothy, MaryAnna, and Galia Thompson, also survive. A sister, Beth Harris, died before him.

Visiting hours with the family will be on Wednesday at 10 a.m. at the Gate Church, followed by a celebration of Colonel Harris's life at 11. Burial with military honors will follow at 2 p.m. at the Middle Tennessee State Veterans Cemetery in Nashville.

The family has suggested memorial contributions to support Vanuatu Mission, a health care clinic and medical outreach co-founded by his daughter Anna. Donations can be made by designating the Vanuatu Mission fund at thegate.cc/give.