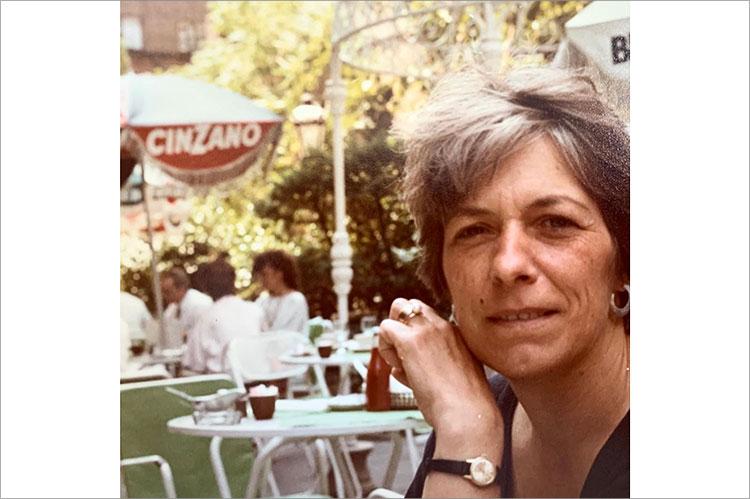 Juliana C. Vandervloed Nash, a native New Yorker who owned houses on Montauk Highway in Amagansett and Flaggy Hole Road in Springs, died at home in the Murray Hill neighborhood of Manhattan on July 11. She was 81 and had been ill with lung cancer for eight months.

"She loved the ocean and spent many happy summers in the Hamptons," said her daughter, Juliana Nash of Kingston, N.Y. "She was a poet, a painter, and a voracious lover of life." Her story "Snow" was featured in "I Thought My Father Was God: And Other True Tales from NPR's National Story Project," edited by Paul Auster. "She will be missed and forever loved," her daughter said.

Juliana Vandervloed was born in Manhattan on Jan. 6, 1938, to Cornelius Vandervloed and the former Barbara Casey. She and James Carl Nash were married in 1960. From 1969 to 1978 she worked as an office manager at New York University Medical Center. The following year, she took a job as a coordinator in a newly formed position for an experimental wing of the hospital, where she created and implemented new systems for more efficient workflow of support staff.

In the 1980s, Mrs. Nash was a job developer for the National Organization for Women. She was a longtime activist in the Democratic Party and a patron of the New York Public Library. When her children were teenagers, she returned to school, earning a bachelor's degree in the humanities from N.Y.U.

In addition to her daughter, Mrs. Nash is survived by her siblings, Wilhelmina Fazio of Manhattan and Cornelius Vandervloed of Monroe, N.Y., four grandchildren, Ruby and Zane Stenerson of Amagansett and Jedidiah and Campbell Brophy-Nash of Manhattan, and several nieces and nephews. Her husband died in 1998. A son, Cornelius Campbell Nash, also died before her.

A memorial service has been deferred because of the coronavirus pandemic. It will take place at the Church of the Good Shepherd in Manhattan, where Mrs. Nash was a lifelong member, on a date to be determined. Her family has suggested memorial contributions to the church, at 236 East 31st Street, New York City 10016.