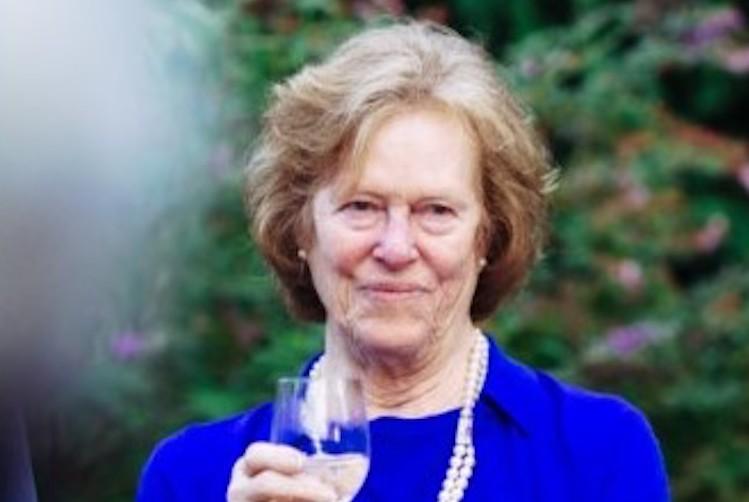 A longtime fixture in both the cultural and horticultural life of East Hampton, Mary G. Clarke, who also lived in San Antonio, Tex., died on Jan. 13 at her house here. Her son Jonathan said her wish was to be with her family in her final weeks. She was 70 and had been diagnosed with cancer two months ago.

A lifelong member and past president of the Garden Club of East Hampton, as was her mother before her, she was also an active trustee of the East Hampton Historical Society, a member of the Ladies Village Improvement Society, and on the board of governors of the Maidstone Club. In addition, Ms. Clarke volunteered for the Teatown Lake Reservation, a thousand-acre nonprofit nature preserve and environmental education center in the Lower Hudson Valley. On its two-acre island there are more than 230 species of native wildflowers.

"She was a walking encyclopedia of botany," Jonathan Clarke said, "who could describe the soil, sunlight, and precipitation preferences of just about any flower or tree she encountered." With her husband and family, she lived on a farm in Croton-on-Hudson, N.Y., until 1999, coming  here for summers. The Clarkes moved to East Hampton full time in 2000.

Her son recalled his father's tractor and the herb, vegetable, and flower gardens his mother cultivated in Croton, as well as trees. Gardening was "the passion of her adult life," he said. "Her energy was tremendous: She was born with a to-do list in her head and could organize anything and anyone, even if that person didn't want to be organized."

Mary Gram Clarke was born in New York City on Sept. 20, 1950, one of three daughters of Carl and Anne Harvey Gram. Both her sisters, Coco Shean of East Hampton and Carol Deane of Boston, survive. She graduated from the Nightingale-Bamford School and worked for a time at Bloomingdale's, as a purchaser for the cosmetics department, after graduating from George Washington University.

In 1978 she married John Clarke, who survives. In addition to their son Jonathan, who lives in San Antonio, where the Clarkes moved in 2018, she leaves another son, Christopher Clarke of Stamford, Conn., as well as a granddaughter. Two nieces, Jessup Shean and Claire Allred, both of New York City, survive as well.

In San Antonio, Ms. Clarke was a member of the Alamo Heights-Terrell Hills Garden Club and involved with the McNay Art Museum. Jonathan Clarke said that in addition to her other interests, which included interior design, she also "tinkered with antiques, assembled complex puzzles, and read voraciously."

Ms. Clarke was cremated. The family is planning a memorial at a time when it is safe to gather.

Memorial donations have been suggested for the Butterfly Garden at the Alamo Heights–Terrell Hills Garden Club, P.O. Box 90673, San Antonio, Tex. 78209, or the Garden Club of East Hampton, online at gceasthampton.org, to be used for the Pollinator Garden at Town Hall.