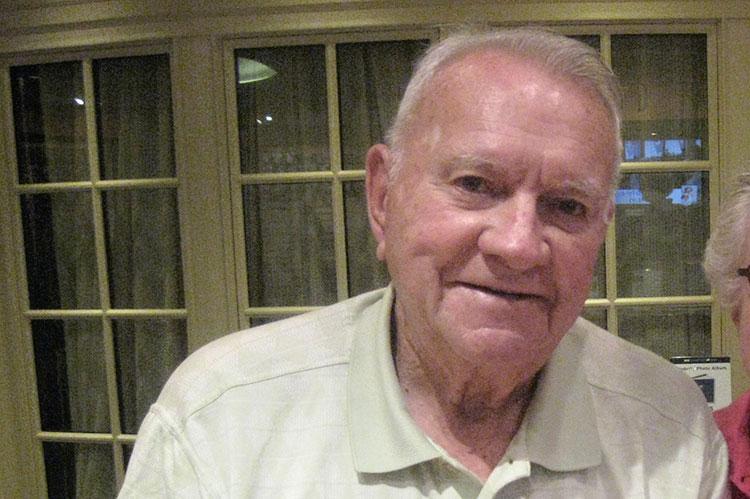 Eugene David Beckwith, a former Montauk Fire Department commissioner, died in his sleep on Jan. 2 at the Long Island State Veterans Home in Stony Brook. He was 95.

A Navy veteran, Mr. Beckwith was part of the D-Day invasion of Normandy during World War, serving as a motor machinist mate first class on an L.S.T. He saw service in the Pacific Theater as well.

In 1946, after his discharge, he worked as a commercial fisherman, and as a mechanic at Marshall and Sons service station in Montauk. Later, for 21 years, he worked for the New York State Parks Department at Montauk Downs, the state-run 18-hole public golf course.

Mr. Beckwith was a former chief of the Montauk Fire Department and an emergency medical technician for the Montauk Ambulance Company. He was  East Hampton Town's first fire marshal as well. A member of Veterans of Foreign Wars Post 5095 in East Hampton, the Montauk Community Church, and the Montauk Sailing Club, he loved fishing, water-skiing, bowling, golfing, and rebuilding and refurbishing fire department vehicles.

Born on March 12, 1925, in Fernandina Beach, Fla., to Eugene Lancelot Beckwith and the former Irene Gurrin, he grew up in the old Montauk fishing village at Shepherds Neck, and graduated from East Hampton High School. He was married to Ethel Beckwith for nearly 56 years before her death in 2003. In 2007, he married Ann Peterson, who survives.

In addition to his wife, he leaves two daughters and a son. They are Terrie Quick of Daytona Beach, Fla., Linda Tartaglione of Ronkonkoma, and David Beckwith of Columbia, Ill. Another daughter, Janet Beckwith, died before him. Six grandchildren and 14 great-grandchildren survive as well.

The Rev. Bill Hoffmann will officiate at a memorial service at the Montauk Community Church, the date to be determined. Memorial donations may be directed to the church, at P.O. Box 698, Montauk 11954, or to the Montauk Food Pantry, P.O. Box 997, Montauk 11954.