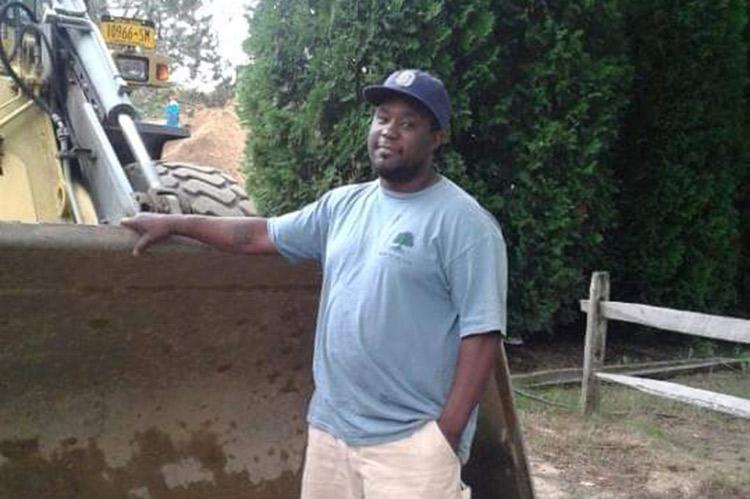 Nakia Rahsaan Mabry had a way of making people smile, his mother, Connie D. Mabry, said on Tuesday. “I keep getting messages about his smile, how he made people smile no matter what.”

Mr. Mabry died on Nov. 7 in East Hampton at the age of 45. The cause has not been determined, his mother said.

“He was loved by his family and everybody,” she said. He made friends easily and in the “craziest ways.”

“The conversations we had about his day and the people he met were always something I looked forward to,” said his father, James Emmett Mabry. Father and son loved watching football together — the New York Giants was Nakia Mabry’s team — and they enjoyed YouTube videos of people in Pakistan taking apart and rebuilding colorful and elaborately painted trucks. “That was one of our weekly highlights.”

The older Mr. Mabry was a mechanic by trade, and Nakia Mabry’s passion was working on trucks and cars. Anything a friend might need for a vehicle, Mr. Mabry was eager to help with. “My yard would turn into a garage,” his mother said. He’d be “putting in speakers, rebuilding transmissions, all kinds of stuff.”

Born on Sept. 21, 1976, in Southampton, he grew up in East Hampton, graduating in 1995 from East Hampton High School. He went on to study automotive repair at Apex Technical School in New York, and was in the city during the Sept. 11, 2001, terrorist attacks. He was so shaken that “he wasn’t able to complete the course,” Mrs. Mabry said.

In addition to auto work, Mr. Mabry did carpentry and gardening. At the time of his death, he was employed as a driver for DNL Masonry in East Hampton.

In addition to his parents, who still live in East Hampton, he is survived by a daughter, Savanna Mannoia, 16, who lives in Florida, and a son, Naiven Mabry, 15, of Southampton. He also leaves a sister, Akina S. Mabry of East Hampton, and his nieces and nephews Aniyah S. Mabry and Aiden S. Mabry-Zilg of East Hampton and Amir I. Mitchell of Georgia.

The family received visitors yesterday at Yardley and Pino Funeral Home in East Hampton. A funeral was to be held this morning at 11 at Calvary Baptist Church here, where Mr. Mabry was a member. He will be buried at Cedar Lawn Cemetery.

Celebrate Hanukkah All Across Town and at Home
Stuffed With Turkey? Walk It Off
Blood Drive Tuesday in Bridgehampton
END_OF_DOCUMENT_TOKEN_TO_BE_REPLACED