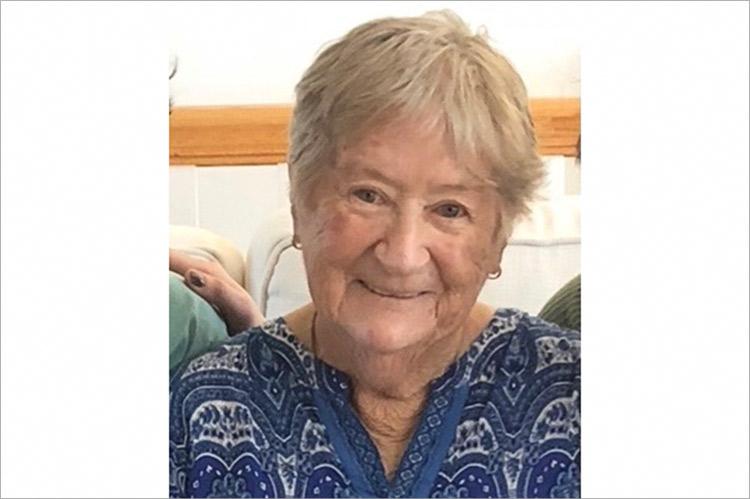 Myrna Bell Syvertsen “enjoyed making people smile and was always giving to anyone who needed a helping hand,” her family wrote. “Her spirit and loving heart touched many.”

Mrs. Syvertsen, who was known as Mimi, died at home on East Lake Drive in Montauk on Nov. 7. She was 80 and had been in declining health for the past year.

Born on April 28, 1941, in Clark’s Harbor, Nova Scotia, to George Goodwin and the former Lynden Nickerson, she moved to Montauk when she was 13 with her parents and brother, Christopher George Goodwin.

It was there that “she met the love of her life, Robert Allen Syvertsen,” her family wrote. The couple were married on Oct. 2, 1960.

Mrs. Syvertsen “lived a very fulfilling and happy life centered around the joy of her four daughters, her grandchildren, and her great-grandchildren,” her family wrote. “She cherished family trips and spending time with loved ones.”

She “worked very hard as a mother and homemaker, and her love for people also found her working in Anthony’s, the Corner Store, and Fort Pond Lodge.”

Mrs. Syvertsen was a member of the Montauk Fire Department Ladies Auxiliary for 25 years and thought of its members as family.

“Her hands were never still,” her family wrote. She enjoyed gardening and baking for her family and friends. She was a woman of strong faith, and the Montauk Community Church and the relationships she formed there “were dear to her heart.”

She “lived her life by the principles of doing what’s right and good, by being kind and helping others. She believed the world could always use one more kind person,” according to her family, and she lived her life as an example of one of her favorite verses from the Bible, Ephesians 4:32: “And be kind and compassionate to one another, forgiving one another, just as God also forgave you in Christ.”

Her husband died in 1979. Her brother also died before her.

She is survived by her children, Sheila June Prado and Lynden Mae Restrepo of Montauk, Susan Lee Ceslow of Amagansett, and Cynthia Lachmann of Virginia. Their partners and spouses, Edward Prado, Robert Aspenleiter, and Andy Ceslow, were very close to her. She also leaves her grandchildren: Andrew Ceslow of Amagansett, Tyler Restrepo of South Carolina, William, John, and Luke Lachmann of Waterville, N.Y., Michael and Pilar Prado, Candace Ceslow, and Deja Otero of Montauk, and Ms. Otero’s husband, Keeler Otero, as well as her great-grandchildren, Bryce Prado and Peyton Prado of Montauk.

A celebration of her life will be held at Sel Rrose restaurant in Montauk on Sunday from 1 to 4 p.m., when people who knew her have been invited to stop in and share memories. The Rev. Bill Hoffmann of the Montauk Community Church will officiate.

Celebrate Hanukkah All Across Town and at Home
Stuffed With Turkey? Walk It Off
Blood Drive Tuesday in Bridgehampton
END_OF_DOCUMENT_TOKEN_TO_BE_REPLACED