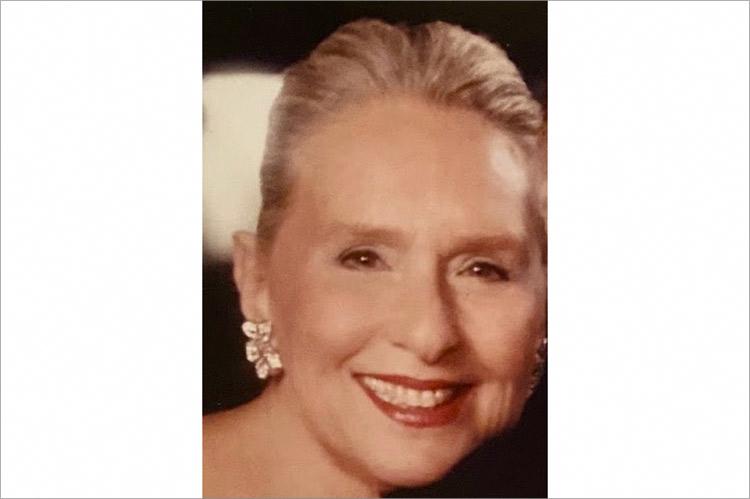 Joanna Semel Rose, a celebrated patron of the arts, collector, publisher, and philanthropist who for decades lived in the 1905 Joseph Greenleaf Thorp-designed house at the corner of Ocean Avenue and Lily Pond Lane in East Hampton Village, died at her residence in Manhattan on Saturday. The cause was cancer. She was 90.

Mrs. Rose was chairwoman of the board of Partisan Review magazine for many years, and was well known for her extensive collection of early American patchwork quilts, 651 of which were displayed in “Infinite Variety: Three Centuries of Red and White Quilts,” a 2011 exhibition coordinated by the American Folk Art Museum in honor of her 80th birthday and held at the Park Avenue Armory in Manhattan. The collection was also memorialized in a coffee-table book of the same name published by Rizzoli.

Last summer, she donated the collection to the International Quilt Museum in Lincoln, Neb., hosting a delegation from the museum at her East Hampton house in September.

“Across the years, she was active in many aspects of village life,” said her son David Rose of Manhattan, as she served on the board of the Ladies Village Improvement Society and the founding board of the Jewish Center of the Hamptons. “She was a stalwart supporter of the East Hampton Library, donating hundreds of books and other contributions.” She was also active in preservation efforts for Main Beach.

“Joanna was always passionate about our East Hampton community and our terrific L.V.I.S.,” said Patti Ferrin, a friend and fellow member of the society. “She loved the fair and she always brought her delicious and ever-popular empanadas in a lovely basket.”

“Her house in East Hampton was the scene of legendary entertaining for both personal and charitable events,” Mr. Rose said, “with well-known artists, writers, and intellectuals coming out from the city to participate in her clambakes, dinner parties, and rousing games of charades.”

Her sumptuous rose garden here was also the stuff of legend, and among its dozens of varieties she was most proud of the Daniel Rose, a hybrid creation that she had commissioned and named in honor of her husband. “East Hampton was near and dear to her heart,” her son said.

Joanna Semel Rose was born on Nov. 22, 1930, in Orange, N.J., to Philip Ephraim Semel and the former Lillian Mindlin. She grew up in Cedarhurst. She appeared on the “Quiz Kids” radio program when she was a teenager, and was a guest editor of Mademoiselle magazine. At Lawrence High School in Cedarhurst, she was editor in chief of the school newspaper and its literary magazine, graduating as president and valedictorian of the class of 1948.

She served as an assistant to the director, screenwriter, and producer Joseph L. Mankiewicz on his 1954 production of “The Barefoot Contessa,” starring Humphrey Bogart and Ava Gardner, appearing in the film as a bathing beauty and playing chess with Bogart between takes. In New York, she worked as a Broadway producer at the Theatre Guild.

She and Daniel Rose, a real estate developer, were married on Sept. 16, 1956. Mr. Rose survives. The couple moved to East Hampton in 1964, eventually acquiring the Shingle Style house at the corner of Ocean Avenue and Lily Pond Lane. They later acquired the adjacent property, creating a family compound that became home to a large, extended family of children and grandchildren for a half-century.

Mrs. Rose was a founding board member of the Bay Street Theater in Sag Harbor, the Poets & Writers literary organization, the National Dance Institute, the Paper Bag Players, and the American Friends of St Hilda’s. She also served on the board of Guild Hall in East Hampton, the British Institute, and the Project for Public Spaces.

Her collection of more than 6,000 cookbooks was one of the largest in the country, and the rare wine collection she assembled with her husband was the subject of a short film, “A Love Story: Dan & Joanna Rose . . . and Wine.”

A renowned hostess in New York, she is remembered for parties on behalf of the New York Public Library and the Eldridge Street Synagogue, among others, bringing together university presidents, international diplomats, and renowned artists and writers.

A service was held on Tuesday at the Frank E. Campbell Funeral Chapel in Manhattan, Rabbi Joshua Franklin officiating, followed by burial at Shaarey Pardes Accabonac Grove Cemetery in Springs.

Celebrate Hanukkah All Across Town and at Home
Stuffed With Turkey? Walk It Off
Blood Drive Tuesday in Bridgehampton
END_OF_DOCUMENT_TOKEN_TO_BE_REPLACED