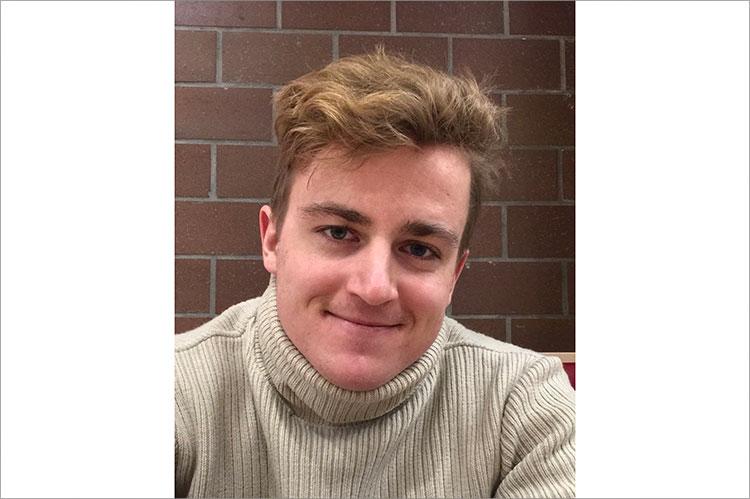 John Thomas Vigorita died in his sleep of a drug overdose in the early morning of Sept. 25 at his family home in Amagansett. He was 25.

Mr. Vigorita, who was known as Tommy, graduated from Fairfield University in Connecticut in 2020 with a major in business and finance, and had been working for Masterworks, an art investment company in Manhattan, at the time of his death.

He was born in Brooklyn on Jan. 27, 1996, to Dr. Vincent John Vigorita and the former Patty Johnson. After the Sept. 11, 2001, terrorist attacks in Manhattan, the family moved to Amagansett. Mr. Vigorita attended the Amagansett School and the East Hampton Middle School, but his family returned to Brooklyn so that he could spend his high school years at Poly Prep Country Day School, where he was co-captain of the lacrosse team and starred in several theatrical productions.

His interest in acting began in Amagansett, where he had a cameo role in a film called "Treasure" that made it into the Hamptons International Film Festival. In high school he received the school's best actor award for his role in "Candide" and played the lead in Horton Foote's "The Dancers."

Mr. Vigorita grew up participating in the East Hampton Town junior lifeguarding program and went on to serve for several summers as a lifeguard in Amagansett and Montauk.

His range of interests included cooking, investing, fishing, and music. He played the guitar and piano and enjoyed surfing, skiing, and golfing with family and friends. While still in middle school, he played on East Hampton High School's junior varsity golf team. He enjoyed travel, as well, and had spent two summer semesters studying Spanish in San Sebastian, Spain. He had also traveled to the Balkans, on the Mediterranean, and to Australia and Hawaii.

While growing up, Mr. Vigorita attended St. Luke's Episcopal Church in East Hampton and Plymouth Church in Brooklyn Heights, where he helped at the homeless shelter.

Mr. Vigorita is survived by his parents, his brothers, Vinny Vigorita of Park City, Utah, and J.W. Jordan of Westin, Fla., and a sister, Jenni Gorman of Palm Beach Gardens, Fla. He also leaves his aunts and uncles, Louis and Rosemary Vigorita of Ventura, Calif., Phyllis Mitchell of Wilmot, N.H., and Amelia and Dominic Schirrippa of Springs, and his longtime girlfriend, Charlotte Biedermann of New Jersey.

He was buried in the family plot at Green River Cemetery in Springs, where the family held a private service on Friday. His brother Vinny is organizing a paddle-out in his memory on Oct. 16 at 2 p.m. from the beach in front of the family house in Amagansett, near lifeguard access post 5A. "Anyone interested in joining, or watching from the beach, is welcome," the family wrote.